One Of Those Occasions

L asks if, in return for favours tonight, I will pump up her bike tyres for her. Of course. Sounds like a good deal. Her bike doesn’t come out often but the Great Nottinghamshire Bike Ride is rapidly becoming one of those occasions.

My flirtation as a supporter of Ebbsfleet United via my involvement with the www.myfootballclub.co.uk project is over. The website has now sold their shareholding to somebody with substantially more money. At least that’s what they told us. 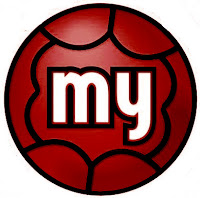 So now MyFc are looking for a new club to partner with and we’ve been given an initial shortlist of six to consider, with possibly more on the way. How exciting. My favourite so far is Leamington, which would be far more local but I imagine the southerners will win out again. Slough is already being touted as the early favourite.