In common with the rest of the town, the pubs and restaurants in Oban aren’t very inspiring. There isn’t any nice sea fronting pubs with cosy beer gardens that you sometimes find in resorts. We do find a few offering local beers though and on Thursday we venture into one of those but they turn out to have no beer at all. So we move on, much to their horror. Don’t advertise what you’re not selling!

The next pub does have some local beer and sells us Oban Bay’s Ginger Jakey which isn’t too bad at all as well as a decent meal. 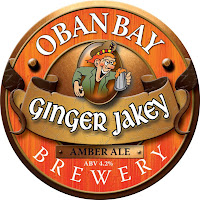 On Friday we look for somewhere to walk and find a secluded if slightly scruffy beach. We take a signed walk from it to a neighbouring village, which lands us in another housing estate with the only form of sustenance coming from a Happy Shopper type store, where we stop for a ice cream before heading back.

That night we strike gold and find the Oban Bay Brewery tap. Cuan Mor not only sells a selection of their beers but also does some very fine food. 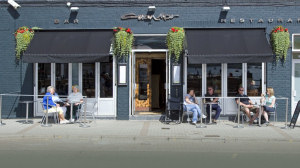 Probably the place to go in Oban. It’s busy, so I guess everyone else thinks so too.