I attempt a bike ride this morning and funnily enough the knee seemed to better the further I went. At first I didn’t think I’d make it as far as Balloon Wood, just over a mile down the road from home, but in the end the ride was fine.

Almost as soon as I get home in the evening it’s time to head out again. Somehow the knees have survived a furious pedal and I try to make it home and then on to Rock City for when doors open at 6.30. It’s shockingly early gig due to student night later on and the support band, British Sea Power, are on at a ridiculous 6.45. BSP, of course, cannot be missed, but first I follow orders and shove L out the door for some street pounding. I tell the dogs she won’t be long, hopefully.

I don’t understand why bands book venues that have club nights, like Rock City, on the nights when these things take place and then have to wind things up by 10pm. A least half the venues on the Editors current tour do not have club nights... so play them on Thursday-Saturday and come to RC on say a Tuesday. This is just bad scheduling surely?

I still miss the first few tracks and arrive as they are winding down what may have been the ‘Scottish Wildlife Experience’... surely not... then they’re into ‘Oh Larsen B’, a track their own fans complain they’d don’t play anywhere near often enough. 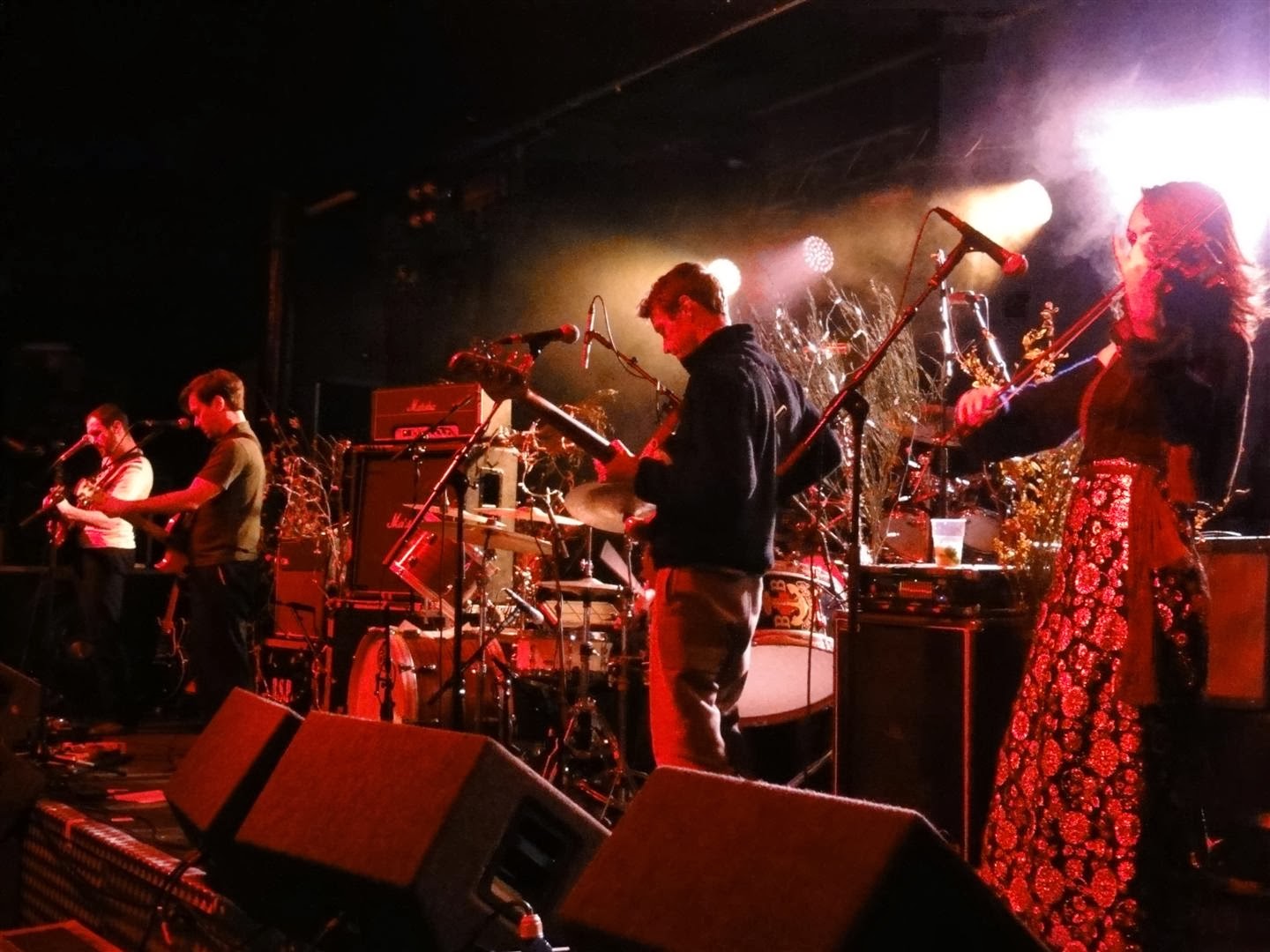 BSP could probably have been massive if they did not steadfastly refuse to attempt to appeal to even a minority of the majority. Like tonight, a set full of their most accessible numbers would have had a few Editors fans splashing out on their albums but that’s not their style and that is why we love them so. Whereas ‘No Lucifer’ and ‘Fear Of Drowning’ probably would appeal to most nonpartisan crowds, ‘When a Warm Wind Blows Through The Grass’ is one of the least accessible tracks on their new album, so of course they play it tonight.

As as well as no compromise on the set selection, it's good to see the same approach on the foliage and the stage is brilliantly decked out as ever.

Their set ends in slight chaos, after another slowie from the new album in ‘What You Need The Most’, with five minutes of their allotted time to go and, you suspect, the mighty ‘Carrion’ looming they appear to be unceremoniously chucked off the stage. Oh well, I just hope Editors plan to use those extra five minutes well by making this last night of the tour memorable.

So from a support band who have been rotating their set every night to a band who used to be very good themselves at swapping their set around whilst on tour, keeping things fresh and the audience guessing. Reports are that this isn't something they've been doing this time and they’re been sticking pretty much rigidly to the same songs every night, sadly.

Opening with a taped instrumental version of ‘The Weight’ (odd - why not play it!), they’re then into ‘Sugar’, one of the best tracks on the new record. Next up the welcome return of ‘Someone Says’ and it's going well. Then it’s ‘Smokers Outside the Hospital Doors’ and ‘Bones’ but things aren't quite what they were. Since the departure of Chris Urbanowicz, Editors have changed direction somewhat. The new album is more ‘stadium’ rock and their existing material seems to have been totally reinvented live. In that the songs are now bassier, louder, noiser, faster perhaps but does this make them better? Not really. 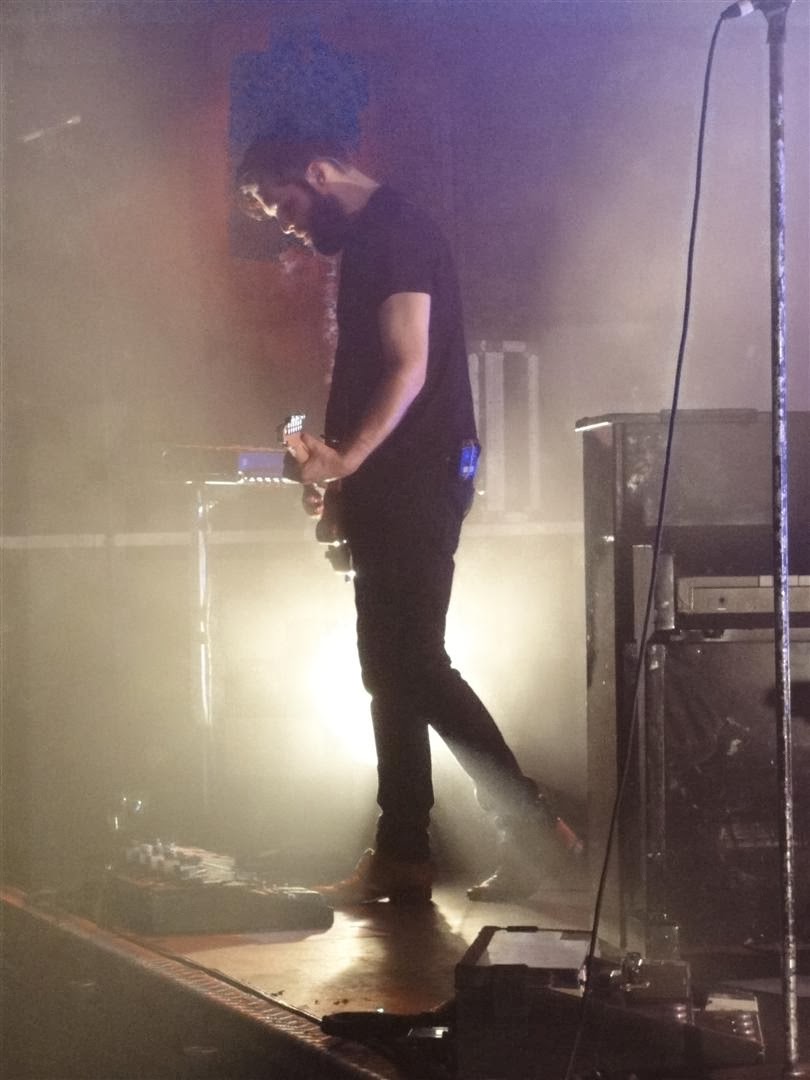 Urbanowicz has been replaced by Justin Lockey who clearly approaches the songs in a different way. They have also added, at least temporarily, Elliott Williams to play keyboards which frees front man Tom Smith up to be, well, more of a front man. Smith tries theatrically to add emotion to the songs but sadly the cleverer, slower songs where he could do this have been left at home and culled from the set. 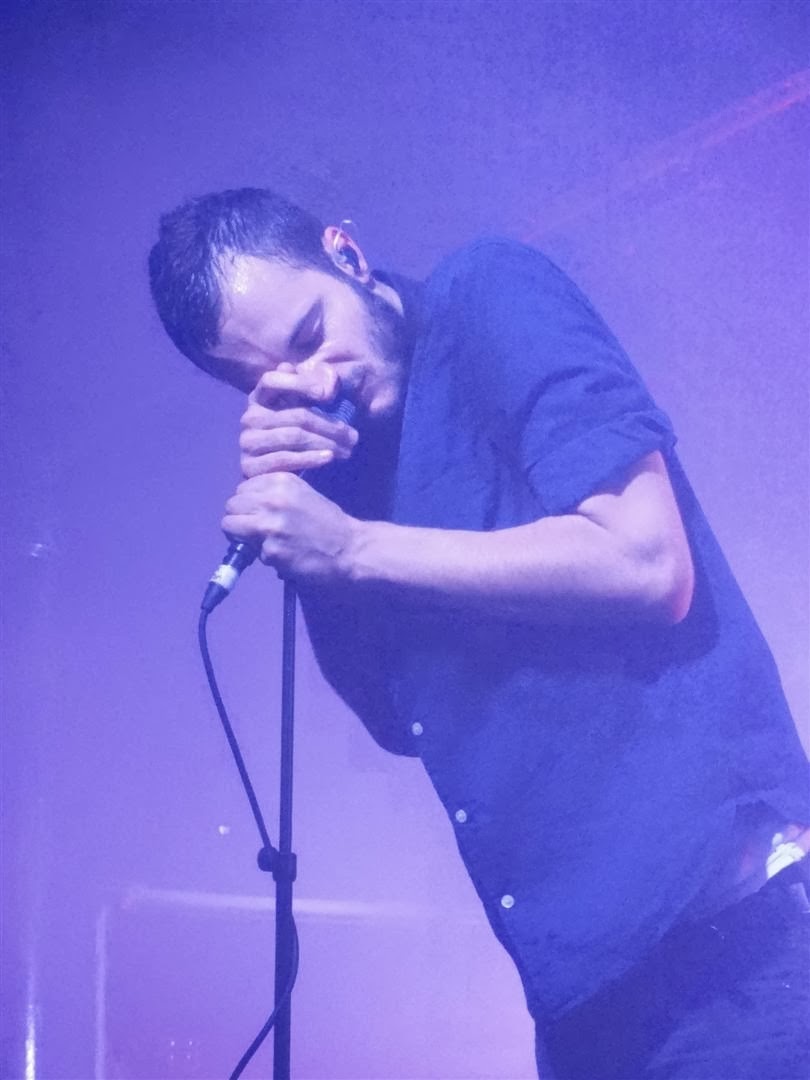 ‘Two Hearted Spider’ off the new album is an exception and is very good tonight but another new one which would have been equally theatrical ‘Bird of Prey’ isn’t played. Tonight is a pure ‘rock out’ with everything played at a high tempo, loud and fast, all those slow brooding numbers have disappeared or been reworked.

I’ve never liked ‘You Don't Know Love’ but tonight it’s so different, bassed up and heavier that even I like it. So not all change is bad.

‘Formaldehyde’ sounds better live than it does on record and the other single ‘A Ton of Love’ goes down a storm. In fact all the new tracks come over well, it’s just the older tracks that sound ropey. It’s good to see ‘In This Light and on This Evening’ still played and still impressive but among the new arrangements, a reworked ‘Munich’ leaves the song not what it was. This leaves the new track ‘Honesty’ and fan favourite ‘Fingers in the Factories’ to pick up the pieces but that too has lost something.

‘Bricks and Mortar’ lifts things a touch in the encore, as does the new record’s ‘Nothing’ and then they send us home with a lively ‘Papillon’ 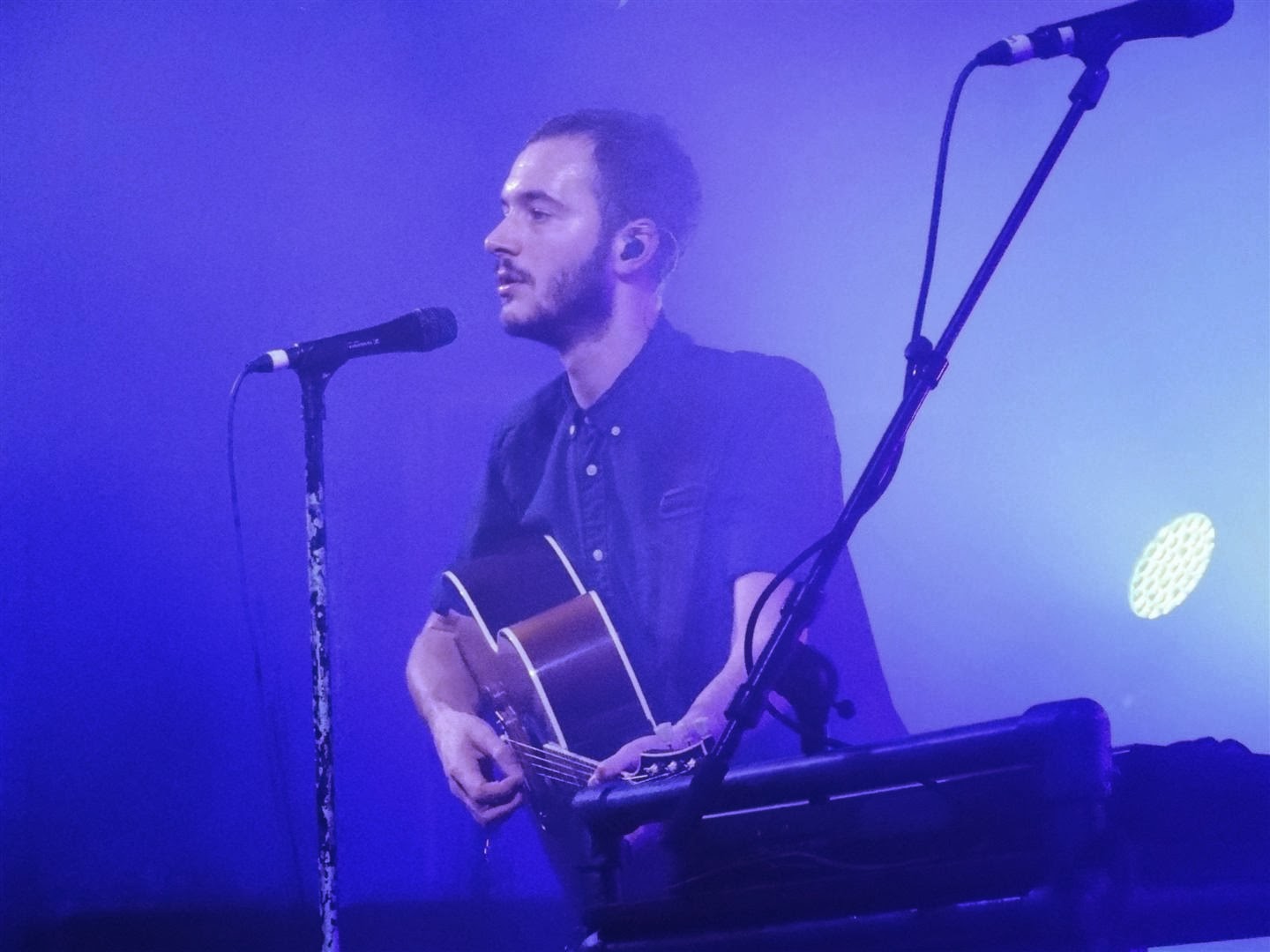 Tonight the Editors came, played louder, harder and faster than before and got the job done but... to use an odd analogy, if the Editors had painted your house, you’d ask them back to put another coat on it. Only this time lads, take your time and you’ll do a much better job. I think perhaps they’re trying too hard.