It’s not only me who’s limping. Doggo refuses to walk this morning, indicating total (temporary) paralysis in one of his paws, and L has to return him home.

For a while he looked longingly at the front door as L and MD departed again without him, doing his best impression of feeling sorry for himself. I console him for a while before departing for work. Out of the kindness of my heart I leave the bedroom door open for him and L is a bit miffed that the patient makes full use of the facilities (the comfy bed). Hence he doesn’t have the courtesy to sit by the front door and pretend he was missing them. At least, I suppose, being able to get on the bed is good sign.

I had considered taking the bike for a spin to work but after last night’s squash match, I think a zimmer might be more appropriate. I limp to the bus.

L lines us up to start watching the ‘White Queen’ tonight, which we recorded many moons ago. First she does me a quick resume of episode one, which I missed but she caught on iplayer.

She’s seems terribly excited by the prospect of all those heavy leather belts, thick woolly tights and long boots... on the men, and by Richard III. Whom she seem to have a teenage crush on, he wears long boots. The nice girls always go for the murdering bastards don’t they, or as she corrects me, misunderstood murdering bastards. He’s a bit young in this one though and not quite into his stride yet. 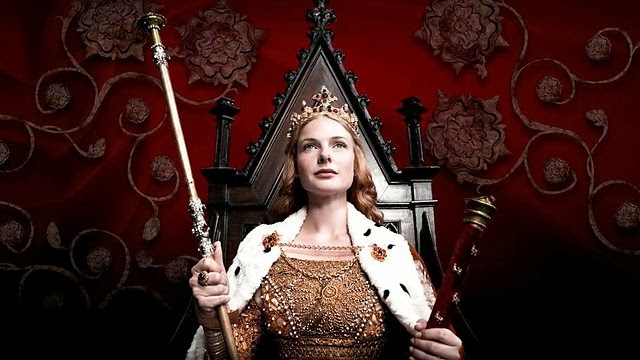