Back In The Swing


Back at work and back on the bike. L is back in the pool before dragging herself kicking and screaming to the gym. Everyone is quickly back in the swing of ‘normal’ life. Apart from Doggo who has his usual post-kennels diarrhoea but I’m not sure you wanted to know that.

I nearly don’t get there myself as the chain snaps on my bike on the way home. That’s the second chain I’ve had snap this year on two different bikes. Previously I had never had a chain snap on me ever. A Good Samaritan and fellow cyclist rescues me, giving me a life home in his van. You are a star sir.

L cooks pasta for tea which may or may not fortify me through the Women's World Cup Semi Final which doesn’t kick off until gone midnight. I haven’t watched many of the games in the tournament but I have watched 3 of the 5 games England have played. The only problem is that TV decides it doesn’t want to receive the pictures on a reliable basis so I only last half an hour by which time the girls are losing.

Before giving up totally I have quick look on the ipad and find out that they have now equalised. 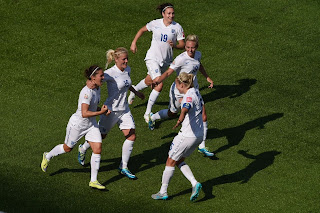 It's 1-1 at half time. Then I find out in the morning they have lost to now infamous Laura Bassett own goal. 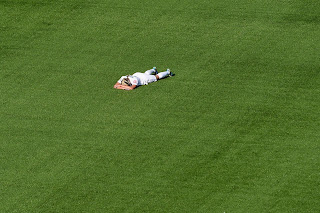