I take an extra day off after Glastonbury, not to recover but to get some deliveries. John Lewis rang me and offered to deliver my new wardrobe on that day and I have also managed to get British Gas to come to service our eccentric boiler on the same day. I’ve also managed to get the people who are going to be putting external wall insulation on our house to make a site visit. I did try and get BT to come upgrade our internet to fibre but they are unavailable but the dogs will, no doubt, be thrilled at all this activity.

The wardrobe arrives early and that is soon assembled. Although it did cause them a slight challenge getting all the assorted bits up our steep narrow stairs.

The gas man is next. He replaces everything on the boiler, as usual. The dogs are already exhausted just with the socialising.

The insulation chaps arrive at 2pm. The boys think ‘oh no not again’ and are then totally knackered having seen everyone off. This means I can slip out in the evening to Rock City.

Carl Barat, again. Small world. From a crowd of fifty odd thousand plus at Glastonbury on Friday via Russia on Saturday to a sparse early Rock City crowd in Nottingham tonight and probably similar in Manchester last night. Barat is being a busy chappie at the moment, that's for sure. Whether it’s with the Libertines as special guests on the Pyramid or tonight in a more standard supporting role to Black Rebel Motorcycle Club with the Jackals, he's putting the hours in. I wonder which is the day job? 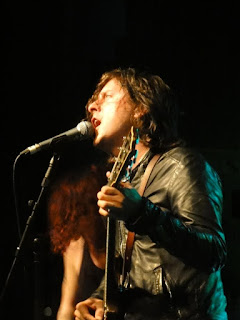 Will tonight be as shambling as the Libertines Glasto set? Not a bit of it. Tonight Barat’s Jackals are more structured and more organised. He even has his bandanna tied around his own waist this evening.

The songs are perhaps not as clever and inspired as his Pete Doherty shared compositions but tonight’s material was certainly delivered with far more flair and definitely far more enthusiasm. They’re also far heavier. This is British garage rock at its finest.

Don't give up the day job Carl, it this one is it.

Black Rebel Motorcycle Club are back in the UK promoting a new live album before playing a few festivals and seeing them at Rock City is always a treat. The trio, mainstays Robert Levon Been and Peter Hayes, together with drummer Leah Shapiro, have (as usual) pulled a big and loyal following tonight into what must now be a close to capacity crowd.

They take to the stage, like Barat and his Jackals, in all-black attire on what is the hottest evening of the year so far. There must be a dress code tonight. 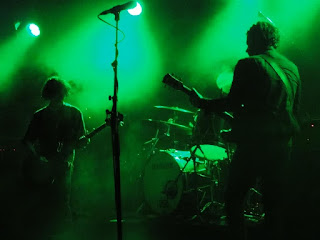 They open with the title track from the 2010 album ‘Beat the Devil's Tattoo’ which is followed by a couple from their latest studio album ‘Specter at the Feast’ including ‘Let The Day Begin’, a track first recorded by Been's father’s band The Call, and now re-recorded in posthumous tribute to him. 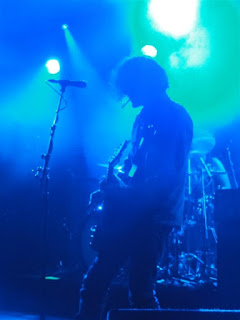 This is the start of a two hour tour through their expansive back catalogue with Been and Hayes swapping between electric, bass and acoustic guitars throughout. As ever there is a mix of the epic, such as ‘American X’ and ‘Heart + Soul’, slower numbers like the country swagger of ‘Ain't No Easy Way’ and the thundering rock and roll of the likes of ‘Weapon of Choice’. They may even have chattered to the crowd a bit in between but most of what they said was inaudible. 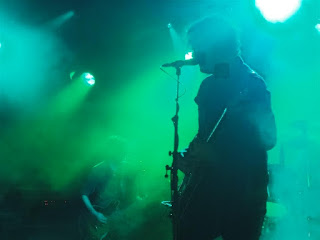 Sadly too is a mid-set acoustic interlude, when the harmonica mic which worked so well on ‘Ain't No Easy Way’ appears to fail for ‘Complicated Situation’ and no one can hear the song. Disappointingly it makes an acoustic ‘Love Burns’ fall well below par as well. These are the only down points though of a generally storming set which ends with ‘Spread Your Love’ stirring up a predictable sweaty mosh in front of the stage.

With the band now running out of time before the 11pm curfew they return for just two more, ‘Shuffle Your Feet’ and ‘Whatever Happened to My Rock 'n' Roll’ which sees Been jumping into the crowd at its riotous finale. Good to have you back again guys.