L and Daughter go for a swim together before she gets the train back to Manchester. Daughter says that she envies L’s routine. L naturally thinks it's a bit shambolic but a routine is a routine and it’s better to have one than not to have one. Hopefully Daughter is now inspired to devise one, shambolic or otherwise.

I speak to the bathroom people and tell them to go ahead as planned on Monday although the toilet we ordered apparently won’t be with us until 29th October. So the fitter will have to return at a later date to do that. I think us getting the shower up and running is the priority.

Glastonbury coach tickets go on sale at 6pm tonight, so I decide to have a go at getting one for a short hop from Bristol where we headed the night before last time. I try simultaneously with PC, laptop and ipad. I manage to get two devices logged on to the booking screen but still don't get any tickets. Oh well. Time for Rock City.

Is it just me or does Peter Murphy sound a bit like Chris Rea these days? Ok. Just me then.

It’s only on his lighter moments of course and they're dark brooding lighter moments but there are a lot of them. Somehow I expected a bit more ’punch’ from the former frontman of Bauhaus but then I haven't really kept up with his post Bauhaus career.

The thing is I don't think many other folk here tonight have either and his set falls a bit flat with the majority. Politely applauded but flat nonetheless. Murphy, backed by a guitarist and a bass player, does have his hardcore fans down the front who love every minute but the rest of us were perhaps hoping for a bit more familiarity from tonight’s special guest. 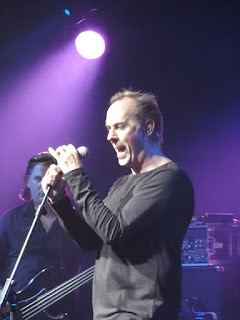 Oh well, never mind, we are here on the occasion of The Mission’s 30th birthday so cue the Dambusters.

And we’re off. ‘Beyond the Pale’, ‘Serpent's Kiss’ and ‘Over The Hills And Far Away’ back to back without taking breath. That’s a proper old school opening. Then there’s time to refill your lungs as Wayne Hussey acknowledges the crowds appreciation of their back catalogue before launching into a new song ‘Tyranny of Secrets’ off their new album 'Another Fall From Grace'. The first of three they play this evening with the new single 'Met-Amor-Phosis' going down particularly well. 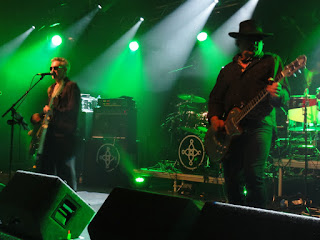 Guitarist Simon Hinkler had remarked before the tour that he had felt a bit daunted after being asked to rehearse 47 songs but clearly he got with the project as the band have been ripping up the set list every night and slipping in something different at each venue. I really wish more bands took this approach which makes it all a bit more special for the long term fans. 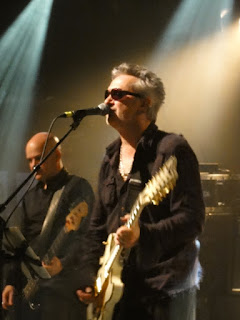 Original members Hussey, Hinkler and Craig Adams are again joined by Mike Kelly on drums and now have a new female singer amongst their mist. Evi Vine is the new Julianne Regan if you like and adds the gloss to a sparkling ‘Severina’ tonight amongst other tracks.

The set is surprisingly wide ranging and well planned considering it consists of just 12 tracks ending with an epic ‘Wasteland’ before the band return for the first of two encores. 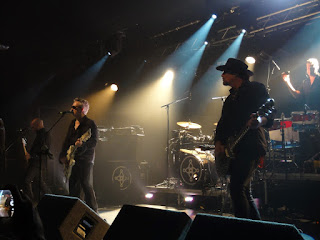 An acoustic ‘Black Mountain Mist’ along with Evie, is followed by a bit of jam session to ‘1969’ before ‘Butterfly on a Wheel’ and then a rare airing of what used to be the traditional set closer ‘Shelter From The Storm’ albeit a vanilla version which doesn’t ramble off into other tracks like it used to. It’s also good to see that they still hand out roses to this song. 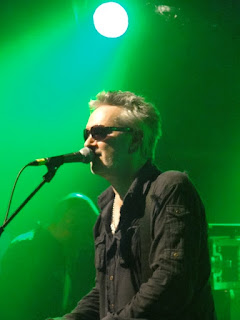 In fact Wayne Hussey was quite generous with his handouts tonight, earlier lobbing his bottle of wine to a girl in the crowd who was on someone’s shoulders. She impressively caught it and the Health and Safety officer breathed a huge sigh of relief.

They return again for ‘The Crystal Ocean’ and ‘Deliverance’ to which they finally leave the stage for good with the crowd still singing the chorus right up to the point the house lights come up.