Things Aren’t What They Used To Be

Easter Sunday and not much on today to be honest, apart from the usual park session with the boys. As its Easter I give them a dunk in the lake as well.

I’ve been whinging to anyone who’ll listen that nobody buys me an Easter egg any more, so L gets me one to shut me up. Bless her. Though it was three for a tenner and she had one left over...

Of course, things aren’t what they used to be ‘when I was a lad’ etc etc. They just can’t be ****d to put the fillings in the middle any more can they? L got me this wispa bar one and you get three wispa bars with it but it’s not the same because they’re not in the middle and you don’t have to crack it open to find out what’s in there. Childhood or for that matter adulthood isn’t what it used to be. 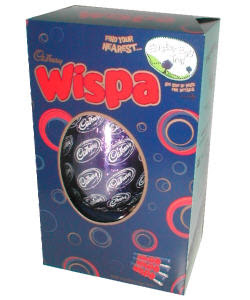 What I’ve always wanted for Easter is a Cadbury’s crème egg Easter egg. Yes I know they do one but that just has crème eggs with it which obviously aren’t in the middle (see above) and that’s not what I meant anyway. What I’ve always wanted to see is a massive version of the crème egg which is all fondant in the centre and with a spoon to eat it. I’m obviously not the only one, there is a Facebook group petitioning for the same thing. Marketing folk, they have no idea.