I embark on a final training run with MD. It goes well. We are ready. L then takes out Doggo which makes MD distraught. He doesn’t seem to realise that he now needs to taper before Saturday. Oh by the way, happy birthday MD, three years old today. We’re off out tonight to celebrate without you.

I sit at my desk feeling knackered and a bit nauseous. The nausea is due to starting my latest Stuart McBride this morning. Book 4 - Blind Eye. Someone is gouging out the eyes of Polish immigrants. Nice. McBride is reading this one himself. Which is a bit weird, having got used to John Sessions. It is probably more appropriate having a Scotsman read a book about people from Aberdeen. McBride though, appears to be reading this one in a hurry but I’m sure I’ll get used to him. 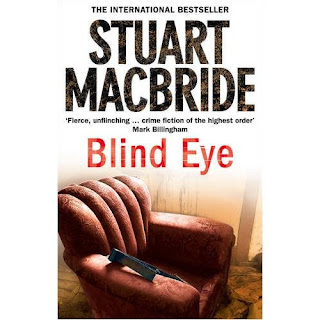 I get the bus straight into Nottingham from work. Tonight is a delayed birthday celebration for me. I meet up with L for an aperitif or two before we go for a meal. She says she's always wanted to do drinks from work... and she’s waited 15 years to tell me this... I’m sure we’ve done drinks from work on more than one occasion. We end up in Langtry's where they have kindly laid on Snecklifter as a birthday treat. I’m touched.

After which we head off to the restaurant for a romantic meal for three, Daughter is meeting us there. The restaurant is called Kayal and describes itself as South Indian. Kayal means backwaters in Kerala, I’m not sure if that’s promising or not. It’s a chain of course, aren’t they all these days, but it only has three branches - Leicester, Leamington Spa and Nottingham. Well so far. 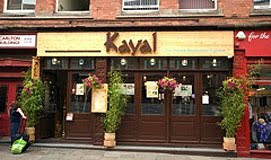 They claim that Kerala has a distinctive cuisine, very unusual and different from the rest of India but a lot of Asian restaurants say that and they still have Chicken Tikka Masala on the menu for the masses. Not here. In fact no Madras, Bhuna, Jalfrazi etc either. There was not one recognisable dish on the menu. They didn’t even do naan bread, although there was some well weird rice bread, very strange but oddly nice. It was all very refreshingly different, very tasty and not badly priced either. Recommended.