Why I Don’t Do Shuffle

I actually get the right bus this morning. It must have been late. Rather reluctantly I start another Logan McRae audiobook and instantly regret it... severed heads on the beach his time. 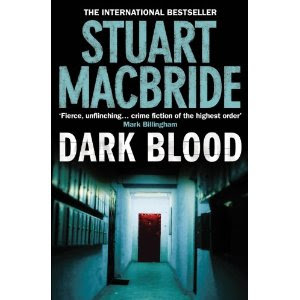 L’s on audio as well. Although she’s listening to a CD that I converted to mp3s and then copied to her ipod. I hadn’t realised the downside of this. She almost always has her music on ‘shuffle’, which is not something I ever do, and her ipod intersperses the odd chapter of a book into the music. That’s almost hilarious. Here’s Marilyn Manson followed by a random book chapter followed by song from Glee. She has varied tastes. Then again Marilyn Manson followed by Glee is shocking enough. Which is why I don’t shuffle.

I run home. We have the ‘Potters Arf’ this weekend. So I'm doing a bit of (late) training, allegedly. I decide to do nine miles of which the first seven are pretty gruesome. They are not pleasant at all but then oddly I enjoy the last two. I’m not sure if that’s a good sign or not. In fact I probably could have carried on but thought I better not spoil it.

I get the bus the rest of the way and then when I'm home, I cook those Singapore Noodles that I’ve been promising. They’re a complete disaster but oddly popular with the girls at home. I suppose they taste alright but they come out the pan in one amorphous pasta lump due to my refusal to use any cooking oil. I'm trying to be healthy you see. The recipe needs tweaking I think.

The work in progress on the ‘gigography of my life’ continues apace. I’ve managed to track down my written diaries covering the period July 1988 to the end of 1994, when I went computerised. I’ve always been a bit of a diary fiend I’m afraid. I’m sure I have some earlier diaries somewhere. I can feel another loft search coming on.