How To Show A Girl A Good Time

I know how to show a girl a good time, so I set the alarm for 5am and take L two hours up the A1 to an icy Richmond (approximately -5) for their Valentines Dog Show. Who says romance is dead? Careful on the car park Dear, it's well treacherous. 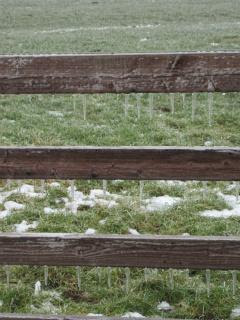 There’s standing room only in the equestrian centre’s cafe where they have industrial heaters thawing out the competitors and their supporters. MD keeps himself warm by having five runs, although an ‘E’ on the first one, where he took a jump instead of the weaves (probably my fault), isn’t really the start we wanted.

We go clear on a couple of G1-7 courses and get 10th in both. In one of them all the dogs but one that beat us are in grades 6 or 7 and we’re a lowly grade 3, so it’s actually a really good result for us. L is proving a bit of a lucky charm for us. She can come again, if we can persuade her.

We should have done better in the G1-3, as it’s more our level but I actually thought that was one of the G1-7’s (it was almost difficult enough) and didn’t really take it as seriously as I should have done. Must concentrate more! We got 15th, with 5 faults because we had a pole down.

Then we make a bit of a mess of his final run, a G3, but we’re still clear and come 10th. Four rosettes in all, which is definitely positive, even if the best was only 10th.

Doggo went for it in his only run at Veterans but just missed out on a rosette.

Then we head back down the A1/M1 to Huddersfield where we stay in rather nice dog friendly pub, The New Inn at Marsden. 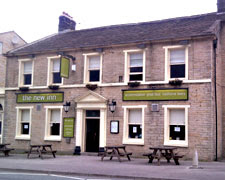 We have taken advantage of their special valentine’s deal which means we also get champagne and chocolates in our room. Oddly, the mini box of chocolates contains three chocolates... ah, I must have inadvertently signed up for the Ménage à trois package. Never mind. We also can’t touch the champagne because we have a half marathon tomorrow. 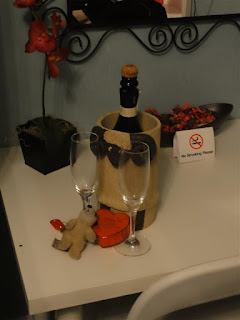 Once we’ve finished that off we head down to the bar for the inclusive meal and a bit of hydration. Taylor’s Landlord and Copper Dragon Bitter, since you ask. Should be a good run tomorrow.