You Can Always Rely On A Run

You can always rely on a run. Today I feel slightly worse than yesterday morning but better than Saturday. The coughing has eased... at least.

It was the Oscars last night. This year, unlike in previous years, I felt totally underwhelmed by it all. The nominations were just so tame. Whereas last year we had films for grown-ups:- Black Swan, the Fighter, The Kids Are Alright, Winter’s Bone, True Grit, Social Network, Kings Speech, 127 Hours etc. This year they’re all family friendly, films about kids, horses, baseball and mythical things... Where for instance is Tinker Tailor Soldier Spy, Drive, Shame, Martha Marcy May Marlene, Margin Call, The Iron Lady, even The Girl With The Dragon Tattoo. I’m not saying they’re all good but at least they’re grown-up and a bit taxing on the brain. They didn’t even use the full ten nominations that were available, choosing to only pick nine films. Very poor guys. 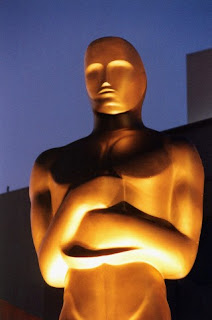 So it’s hardly surprising that The Artist won, amongst such company as War Horse, Moneyball, The Descendants, The Tree of Life, Midnight in Paris, The Help, Hugo and Extremely Loud and Incredibly Close, it looks positively risqué, even I was rooting for it.

The weather’s not great here as L wishes me a ‘good run’. It’s very unlikely to be ‘good’ in this rain. Good job I’m not ill.

I survive another five miles, boxed ticked. Half marathon coming up on Sunday.