I saw this on the ever unreliable BBC. Beijing has set a rule that public toilets should contain no more than two flies at a time. It is not clear how the flies will be punished if more than two of them enter at the same time.

I tell L to start brushing up on her handball. In this morning’s latest Olympic ticket scramble I add another ticket to our Olympic portfolio and book the entertainment for the Saturday evening when we’re down there for the Pentathlon. Not just any old handball but the bronze medal match no less. I could have got the gold medal match but as Team GB won’t be in either, I thought I’d go for the early evening game so we get to spend our one night in London out on the tiles. This game is a 5pm kick off... throw off... bully off... whatever it is. Must google. At least we’re in the Olympic park this time. 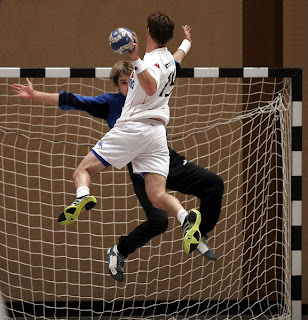 There actually now appears to be plenty of tickets, just not for the highest profile sports. Which makes you think the initial hysteria created by the original ballot system was manufactured and as it turns out totally unnecessary. They could have just balloted half a dozen sports.

I don't know if they intend to reopen their resale system or not but I'm guessing a lot of people will have tickets from that original ballot that they've now improved up on and hence will be leaving an empty seat somewhere if they can't get rid.

My receipt says I’ve been charged £6 for ‘fulfilment’. Wonder if that means they’re chucking in beer and a massage.

I spend the evening out in Derby bragging about my handball tickets to a couple of friends over a few beers. Naturally they think their badminton and volleyball tickets are superior. They may have a point of course, my knowledge of handball is a little sparse, as the moment.