About As Easy As A Nuclear War


It’s a traumatic park session this morning with MD forever taking the ball off in the wrong direction. Once up on a time, pre-MD, Doggo and I used to do a long walk down to the lake for a paddle (for Doggo) and we’d still be back within an hour. Since MD we don’t even make it a quarter of the way there. I tell MD we’re not coming tomorrow. I can see from the look on his face that he doesn’t believe me but I’m serious.

At the match in the afternoon, our first 3pm kick off against Leeds for years, Derby win 3-1 and the McClaren era is up and running.

Then as I’m having a Sunday off running we go for a Saturday night out.

First a Film. How I Live Now is based on a book by Meg Rosoff which has won several awards for Young Adult literature, so it’s a book for teenagers.

The film comes with a 15 certificate, plenty of bleakness and its own teenager, an American lass called Elizabeth (Saoirse Ronan) or rather it’s Daisy; she would rather be called Daisy. See, I told you she was troubled but then aren’t all teenagers.

Her father sends her to stay in the English countryside and she’s not impressed but if that wasn’t enough to piss her off, the fact World War III breaks out during her stay certainly was. 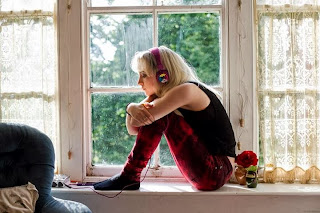 She’s not impressed by much actually; in fact the only thing she is impressed with is Edmond (George Mackay). He sucks her finger after she’s cut herself and she swoons. Most likely because she is terrified of germs and infection and here is someone sucking her blood. Ewww, my hero. 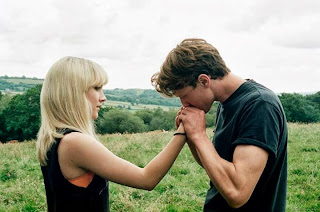 Edmond is one of the young cousins she is staying with along with Isaac (Tom Holland) and Piper (Harley Bird). 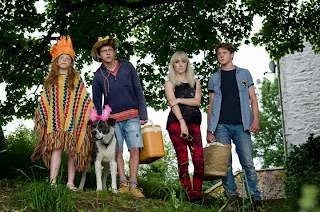 When their mother disappears off to Geneva to possibly help stop the coming war, in which she clearly fails as a nuclear bomb is dropped on London, the kids are left home alone. Martial law is declared and the kids decamp to the barn, where they Daisy and Edmond consummate their friendship.

Then the military move in, seize them and evacuated them, splitting the boys and the girls up. Daisy and Edmond vow to escape and reunite back at the cottage. After awhile sorting potatoes, Daisy flees with Piper in tow. Steeled by the need to be strong for her younger cousin and also by her desire to be re-entangled with Edmund, Daisy deals admirably with the situations thrust at her and proves to be no mean shot with a pistol. 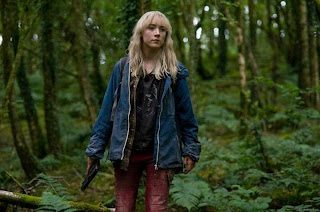 It’s a long journey home and they witness many things before they finally make it back where hopefully Edmond is waiting for her, along with another freshly ironed outfit for her to wear. 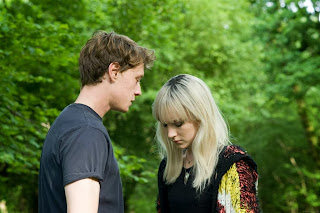 It’s an entertaining film and I enjoyed it but it has to be said it all seemed very unrealistic in parts. Right from the opening scene where 14 year old Isaac drives Daisy home from the airport through an unlikely land war amidst a nuclear fallout to the kindly eagle who ultimately guides them home.

It does clear up one thing though. If you want your own teenager to buck up their ideas, let go of their moods and remove that huge bag of chips off their shoulder, the quickest way to do it is to start a nuclear war.


We are sat in the Peacock later, drinking the Old Peculiar when the emails start raining in on L’s phones. We’ve put the kids’ bikes and L’s old Peugeot up on Freecycle and the entries went live at 10pm. By five past we’ve had a dozen enquiries.