Singing For No Apparent Reason

I spend the morning at work, then when we are dismissed at lunchtime I get bus back over to Nottingham.

I have made a rash promise to L to take her to see this year's Christmas offering from Disney which is entitled Frozen. L does like a bit of Christmas tat and it does have a cute reindeer in it, so here we are or not as the showing at Broadway is sold out. Phew.

Never fear it’s on at Cineworld. We book tickets then settle down for a pint of Hobgoblin’s Christmas Ale in Langtrys and to wait for Daughter to arrive. After a decadent lunch at Subway... we go in about 20 minutes late, missing the adverts. Hurrah.

After a Mickey Mouse short cartoon thing, Frozen starts. As a young child I was really put off a lot of cartoons, especially Disney ones, by the overabundance of singing for no apparent reason that they padded them out with. I now realise that this has left me traumatised to this very day as I suffer intense flashbacks throughout the film. It has an awful lot of singing in it, really bad head shredding singing for no reason. Those of us expecting a remake of Frosty the Snowman were a tad disappointed.

However when the parents die the two sisters, now more fearful that ever after being locked up for years, are expected to rule the kingdom... straight away you know that this is going to go t*ts up.

So the blonde one (Elsa) becomes Queen and at her coronation party her dippy sister the brunette (Anna) gets a huge crush on one of the guests, Prince Hans, and agrees to marry him approximately five minutes later. 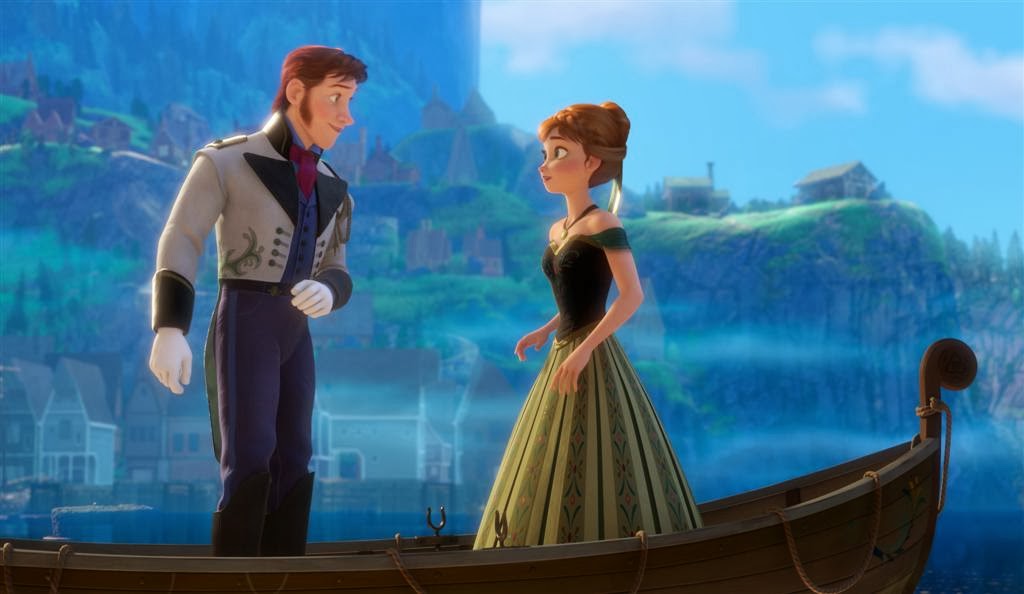 Queen Elsa isn’t terribly impressed, refuses to condone their impetuous relationship and it’s immediately handbags at dawn between the two girls. During which Elsa accidentally reveals her hidden powers, which freezes the kingdom over, shrouding it in eternal winter.

Another party guest, a meddling foreign dignitary known as the Duke of Weselton, orders Elsa’s own soldiers to arrest and kill their own queen. Perhaps the solders might like to consult with somebody more senior in their own kingdom first? No? Oh ok.

Amidst such madness Elsa legs it, leaving Anna in power until she legs it too in pursuit of her sister. Before she goes she appoints the dashing guy she'd just met, Prince whatshisname, to rule in her place. Now there's a diplomatic incident in waiting you'd think but no one disputes it, not even the meddling Duke.

Out in the frozen wilds, Anna is aided by a bloke named Kristoff, his reindeer Sven and a snowman named Olaf. Consequently, thanks to the latter two, things pick up a touch particularly when the snowman’s carrot is involved.

When they track down Elsa she has fully embraced her new bad girl image and also has a much bigger snowman than her little sister. The girls talk but things don't go well and Anna ends up with ice in her heart, although this isn’t uncommon with girls of her age. This ice can only be thawed by an act of true love, although that never worked in my day.

All the same Anna races back to Prince Hans to get one. The dutiful Kristoff takes her all the way home but then gets the door slammed in his face, not even being offered a cup of tea for his trouble. 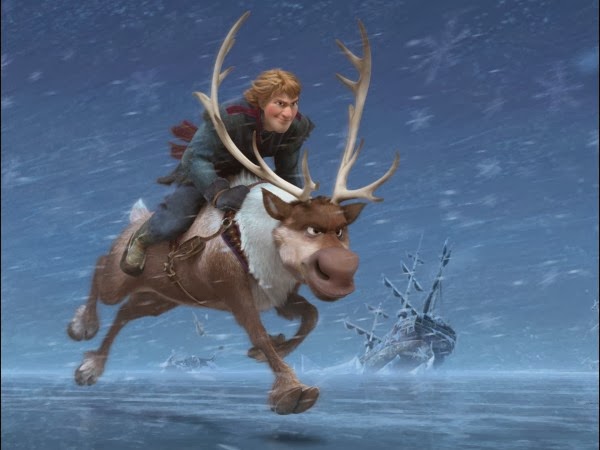 Hans though only has eyes for the throne and locks Anna in a room to freeze to death. He then tells everyone she’s dead but that they got married first, so he’s now king. QED. You got proof of that mate? e.g. witnesses, marriage certificate etc etc. Thought not, but still the new king is welcomed with open arms.

Then it gets complicated... as the dippy brunette one belatedly realises that true love might come Kristoff shaped, Elsa reappears and Prince Hans tries to murder her. When the dippy one intervenes, Elsa is saved, her sister's assistance being an act of true love.

At this point the curse of eternal winter is somehow lifted. I’m not sure how. Just ‘love’ I suppose, the implication being that Elsa never loved either her sister or her kingdom before?

Clearly they had no clue where they were going with this one when they started making it and just winged it. So ten out of ten for nerve at least. I'd love to be fly on the wall as a host of inquisitive seven year olds ask their parents 'why did so and so do that Mummy?'

I guess the advice is don’t think about the plot, it did give me a headache, just enjoy the snowman.


Afterwards Daughter heads over for a Christmas meal with her father whilst L and I head to the Vat and Fiddle, where they have Lincoln Green Stout, Midnight Owl and Red Hart. All decent beers but after a couple we move on to try the Fellows, which has Tuck. It also shuts on us but we've probably had enough by then and head home, where we order the traditional Christmas Eve takeaway. This year Indian.
Posted by FitForNothing at Tuesday, December 24, 2013