The event is organised by Shepshed Running Club and amounts to two laps through the private grounds of the Garendon Park Estate with the start at the High School. It was never my favourite race due to the terrain which consists of a grass section at the start, a few tarmac bits but mostly the course is on gravel paths where the gravel is effectively small boulders. These, if you are running in inappropriate footwear e.g. thin soled lightweight road shoes, are a bit like running on a bed of nails e.g. I have the wrong footwear.

As I compete the first lap someone hands me a plastic cup of water which disintegrates on touch and cascades down the front of my shirt. So that was no help. What I really needed was someone to hand me a PB dog to pace me round the second circuit.

I am actually pleased with my time, despite it being three whole minutes down on 2010, as I went through 10k at an acceptable 45 minutes.

The race is a 500 person sell out although only 429 brave the rather cold grim conditions. In a nice touch it even starts raining just as we finish. My Mum and Dad have come to support although I think my Mum regrets this given the weather. We all thaw out afterwards with coffee in the Home Economics room of the school. That is, if they still call it Home Economics?

In the evening we head to the Lord Roberts for a drink where I finally add Flipside’s Kopek Stout to my list (number 103) which has been proving very illusive since April. Then we take in a film at Broadway.

Susan Morrow (Amy Adams) is a failed artist who now runs a gallery. She is married to Hutton (Armie Hammer), her second husband, but she isn’t enjoying her life very much. 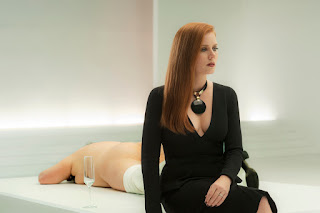 One day she receives a package from her first husband, Edward (Jake Gyllenhaal), almost 20 years after she divorced with him. The package contains a manuscript of a book entitled ‘Nocturnal Animals’, a phrase he often used to describe her being a chronic insomniac. It is also dedicated to her and comes with a note explaining that it was a book she inspired him to write.

When her husband departs on yet another bedroom based ‘business’ trip she starts to read it. Edward always was an aspiring novelist and her younger student-self fell for him. She thought she could marry him and make things work. Which was not something her mother (Laura Linney) agreed with her on, telling her he was weak and not her ‘equal’.

Susan always criticised his writing for being autobiographical and as she starts to read she seems to automatically cast him as the head character Tony. Tony is on holiday with his wife Laura (Isla Fisher) and daughter India (Ellie Bamber) when they are driven off an isolated stretch of road by a group of men led by Ray (Aaron Taylor-Johnson). Tony’s wife and daughter are kidnapped by the men and they are eventually found naked and dead. 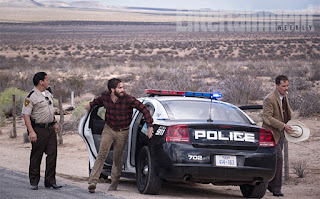 Susan becomes consumed by the story and its disturbing plot which hits home inside her head. It causes her to reflect back on her life with Edward. Both the good times and when she finally took her mother’s advice, all women eventually turn into their mothers, and terminated her marriage to the man she claimed to love along with his unborn child. Instead she turned to a materially perfect life and a loveless marriage to a 'real' man who was a complete bastard.

The film mixes scene from the present, the past and fiction with great style with the ‘fiction’ feeling as impressively real as the ‘real’ story. In the book Tony enlists the help of cancer struck detective Bobby Andes (Michael Shannon) to hunt down the perpetrators but, even as they find them, Tony’s life spirals ever downwards as he attempts to make amends for not fighting hard enough for the ones he loved. Tony never recovers from having his wife and daughter ripped away from him in one of many parallels with the ‘real’ story.

His book makes Susan realise what a soulmate she gave up on, what she did to him and perhaps even causes her to fall in love with him all over again. She must also be wondering whether Edward is now in the same state as Tony. Just how autobiographical is his story or has Edward simply channelled all his hurt into this dark tale so that he can move on. The film leaves us to decide for ourselves. 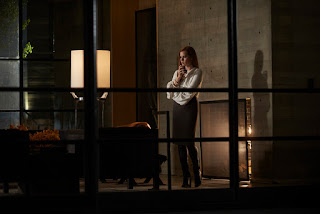 It is a beautiful crafted film, superbly acted particularly by Adams and Shannon, which moves along at a cracking pace. It gets under your skin and into your head in ways that not many films do.

At the end she tries to see Edward but perhaps you have to live with the choices you’ve made and their consequences for other people, whatever they may be, and move on or maybe not.

After the film, we eat at Broadway and then head up to the Blue Money where they have Chocolate Amaretto Gorilla on. This beer seems to have edged up a notch from 4.9% to 5.0% since the beer festival. Of course its mere fruit juice compared with the Chimpagne that L starts on. I also have a try of their Winter Woolly which is 6.8% but sadly not dark enough for my challenge.