You Only Have To Forgive Once

I have a dog show today over at Newark as the winter season arrives and the events move indoors.

On the first course I forgot the course and we get eliminated after starting really well. Time to sack the handler. The verdict from home - poor little lamb, meaning the dog I assume. No sympathy for the handler.

On the second course MD demolishes the course by having loads of jumps down. Time to sack the dog.

On the third course I again forgot the course. Time to sack... hang on, the handler somehow retrieves the situation and manages a scrappy clear round which ends up to be good enough for 3rd place overall.

The wait for our fourth course seems to go on and on... we are not going to make the early film showing we had planned. Having done our weekend race on Friday and therefore not having one on Sunday the plan is to get a rare Saturday night out. We can make the  8pm instead as MD and I soon crash out of our final run.

At Broadway they have Nottingham Brewery’s excellent Centurion ND on, which is what we take in to get us through the adverts. I didn’t realise I hadn’t had this one since I started trailing, so it’s number 104 on the list.

Tom Sherbourne (Michael Fassbender) is war veteran returning from WWI to Australia. Haunted by the experience, Tom is intent on withdrawing from the human race completely and he accepts a job as the lighthouse keeper on some desolate island somewhere off the coast of Australia called Janus Rock. 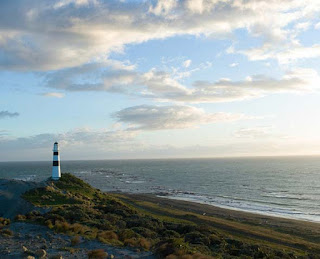 Before he departs he is given a send-off on the mainland where he meets Isabel (Alicia Vikander), who sees something she quite likes under his ridiculous WWI moustache. Well I guess the post-war man market was probably a bit depleted, so she quickly expresses a desire to get withdrawn and desolate with him on Janus. The only problem is the lighthouse has a wives only policy, so they quickly get married.

It’s an odd match with Vikander very much the toy girl here. In real life she is 28, eleven years Fassbender’s junior, but here she looks about 18 whereas he looks every day of his real age. Which is somewhat sinister for starters. 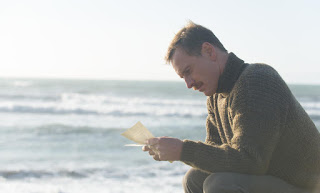 Still they start married life on the island and we get treated to scenes of idyllic sex as the waves lap furiously up against the lighthouse. My partner says filmmakers are incapable of making a film with Fassbender without putting a sex scene in for him but in his defence it was Alicia Vikander. What's the guy supported to do? Well, he could at least look like he's enjoying it.

Fassbender’s facial expression doesn’t change much from sad/gloomy during the whole film even when he is getting down to it with Vikander. She at least gives pleasure a go and, after this film, they became a ‘real life’ couple. So she obviously wasn’t faking. 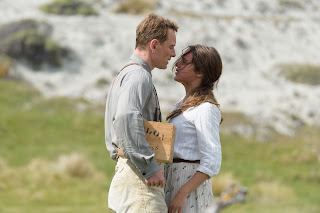 Isabel gets pregnant but has a miscarriage. Then she gets pregnant again but has another miscarriage and it is at almost this exact moment that a rowing boat is seen bobbing up and down close to the lighthouse.

The boat contains a man who is dead and a baby who is not. It is later revealed that the man was German, as if this explains why he would leave his wife, put his baby into a rowing boat and head out on to the ocean before eventually ending up at a lighthouse a hundred or so miles from anywhere. There is no attempt to explain how the husband died while the baby survived this journey.

Isabel’s urge to have children is so great that rather than ask her husband to move back to the mainland where she could get some decent antenatal care, she persuades him not to report the incident, to bury the dead man and to steal the baby to raise as their own. Erm, somewhere of course there is likely to be a grieving mother? No matter, the infant Lucy is raised by them. 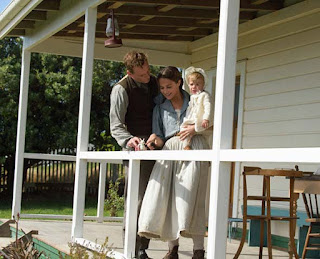 Four years later, Tom comes across a memorial for a missing man and baby which leads him to find out who the real mother is, namely Hannah Roennfeldt (Rachel Weisz). It really makes you wonder why nothing was in the local paper at the time or perhaps a few ‘missing’ posters? Why did no one say to the lighthouse keeper ‘seen any random rowing boats Tom?’ but implausible plot twists are de rigueur here. Tom promptly goes off to send a note to Hannah to let her know her baby is safe. Pillock. 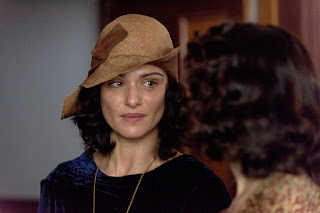 Then the police gets involved and it all quickly boils down to a murder\kidnapping trial and a nasty custody battle over poor Lucy aka Grace who doesn’t know which mummy to turn to. Well she does and it’s not a popular choice.

There’s still time for more implausible plot twists as Isabel inexplicably puts her husband in jail for the alleged murder of the man in the boat and the film ends up tying itself in such a knot with its own twists and turns that the ending makes even less sense than what has gone before it. 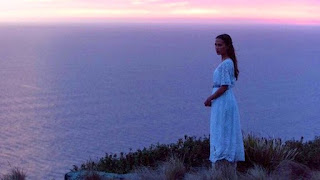 You’ve probably guessed by now that I didn’t enjoy it that much.

The tagline of this film is ‘you only have to forgive once. To resent, you have to do it all day, every day’. I have forgiven my partner for taking me to see this.

Afterwards it is ddisappointing to find that Flipside no longer run the Golden Fleece and the Fleece disappoints on the beer front. I end up ordering a Stout from the Marston's offshoot known as Revisionist not realising it was a ‘craft’ beer e.g. keg. I’m not sure whether to count this in my beer total but L says I should as I count bottles.

The Lincolnshire Poacher is better and has Titanic Cappuccino, so oddly it turns out to be good night for the trail with three beers added.

Labels: Alicia Vikander, Flipside Brewery, Golden Fleece, Michael Fassbender, Rachel Weisz, The Light Between Oceans, You Only Have To Forgive Once