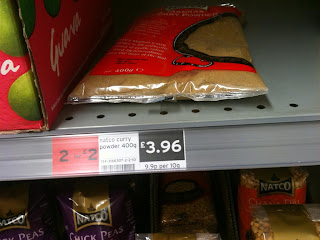 I mentioned yesterday that at Splendour I saw a guy wearing a t-shirt from the 1979 Leigh Rock Festival. 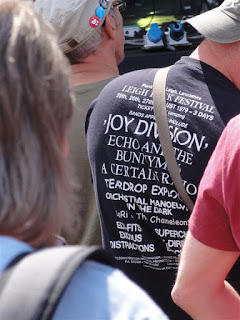 I hadn’t heard of this music festival and was intrigued by the stellar line-up so I gave it a good old google. The t-shirt the guy was wearing is a reissue; I’d already guessed this as his was in pristine condition. If I had any t-shirts from 1979 they certainly wouldn’t be pristine, my ones from the mid 1980’s certainly aren’t. In any case the original ones were white not black but thanks to him anyway for bringing this event to my attention.

This was the 1st Leigh Rock Festival (and I assume the last) and it was held over three days on the August Bank Holiday weekend of 1979 with weekend tickets at a fiver with camping included. It was held on an old coalfield at the back of the Halfway House pub on Plank Lane in Leigh.

There were 24 acts over the three days, all on one stage but that mightily impressive line up only applied to the Monday which was co-hosted by Zoo and Factory Records. Factory titled the day 'Zoo Meets Factory Halfway' because of the position of Leigh, which is roughly half way between the two labels’ home towns of Liverpool and Manchester.

The original idea was to raise cash for an 'Open Door Resource Centre' for the youth of Leigh. Unfortunately the festival was a disaster, the total weekend attendance was a mere 600, no money was raised, the organisers went bankrupt and the music press labelled the festival 'Top of the Flops'. So a farce, albeit a legendary farce.

Thanks to the Leigh Rock Festival Myspace site for the info.

L’s out running tonight while the boys and I have our final training session before school’s out for the summer. On a testing grade 6 practice course MD does not disgrace himself, even though he's a lowly grade 3, so it’s fingers crossed for the upcoming three day show this weekend. Eleven runs over three days, surely we must land something out of that lot.