On the bike and I’m late for work, not that I have any reason for this, other than being sluggish getting out of bed.

L complains about one of the dog refusing to go through the park gates and wanting to go home. I assumed she meant MD, keen to get back for his breakfast but no she means the old man. I've never had that problem with him. It’ll be interesting if he refuses when I’ve got the footballs on Saturday. Neither of them are actually that much into walking... they’d both make terrible dogs.

L plans a night of running, painting, knitting, reading and hoovering as well as soup and noodle making for tea. A woman's work is never done. Her words not mine. She’s turning into Mrs Beeton. Her words not mine. That’s a much fitter and sexier Mrs Beeton obviously, I don’t recall Mrs B running many half marathons but I could be wrong. 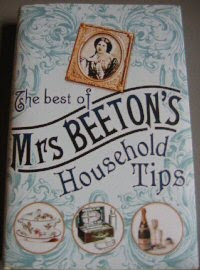 Did you know Mrs Beeton died age 28 and allegedly couldn't cook? Me neither.

Meanwhile I’m swimming. When L swam yesterday morning there were only two folk in the pool, including herself, and she bragged about spreading herself around a bit. Tonight, even the quietest of the six lanes has at least three people in it. If I spread myself around a bit I’ll end up spread all over the five young bikini wearing ladies in lane 3. Such is life.

Then its dog class with a very fired up MD. He does fired up so well. I need to get him booked into some events soon before this fired-up-ness wears off.