Today we become tourists. Not content with me walking her around most of the half marathon course again last night, L declares that we ought to do it all over again by bus. In fact by a Big Bus. It’s not cheap though at approx £25 and is the only thing we’ve found to be expensive in Budapest.

It includes a one hour river cruise on the Danube, so after travelling 4 of the 21 stops on the bus route we decamp to the water. Then after the boat trip we rejoin the bus and travel around the remaining 17 stops.
This all takes around an hour longer than predicted and we get back to Heroes Square a mere 10 minutes before our taxi is due. 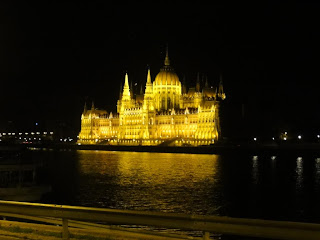 The tour is interesting though and makes us want to return to explore some more of Budapest’s history particularly those relating to the Nazi and Communist eras. The ‘House of  Terror’, for one, has a rather welcoming ring to it. Memento Park, which is dedicated to statues from Hungary's Communist period, also sounds quite fascinating. 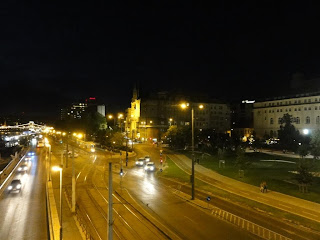 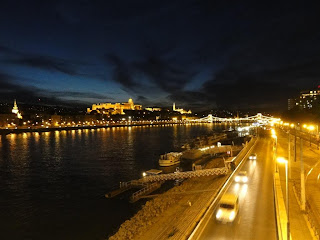 We arrive back at Heathrow at around 9pm and drive back up to Nottingham to be reunited with the dogs, who don’t seem to hold a grudge for long.