Is it legit to ring in sick for work simply because you look crap rather than actually feel crap? I suppose, for some people, any reason no matter how tenuous is a reason to skip work. I go in.

L says she hopes my work colleagues are sympathetic. Of course they’re not going to be sympathetic; my wasp sting has left me looking like one of the chipmunks. 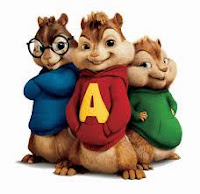 At lunch, I go and see if my chubby cheeks will pull any of the office gals who buy their sandwiches in Sainsbury’s. Nope, everyone looks terrified.

I again venture down the ‘season aisle’ now knowing that the sudden influx of decent beer into their store is down to the Sainsbury’s Great British Beer Hunt. 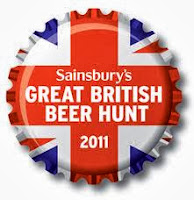 Apparently they’ve been doing this annually for years but I’ve never come across it before despite going in Sainsburys every week probably because they always hide it in the ‘seasonal aisle’. I fill my boots. Get ‘em while it lasts.

Then I go see what strange looks I can get from people in Homebase and the petrol station. Then, for an encore, I head off to see what the reaction is at the dog club committee meeting.