What Will Go Next?


I cycle, although the ankle is still well dodgy. At least I don’t fall off the bike or anything like that. I’ve been mixing the injuries up nicely, so who knows what will go next.

In the evening I have some success in fitting my new rear wheel on my best bike, I just need to try it now although next week’s Carsington Duathlon, when I’d next hoped to use it, isn’t looking very ankle friendly at the moment.

I’d even rejoined British Triathlon especially to get the reduced entry fee, although I’ve not took the plunge and entered the duathlon yet. It’s been four years since I was last a member and I’m sure then they weren’t quite so interested in my ethnicity, sexual orientation, religion and how many disabilities I have. 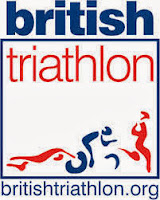