We opened our presents at midnight last night, which is something we’ve always done when we haven’t had anyone else around who might object to us putting Santa under such pressure to get to us so early on his shift.

So I can now reveal that I have granted L’s wish to complete her 500 mile challenge in Helsinki. Everything is all booked, subject to her getting with 13 miles of her target by May we will finish with the Helsinki Half Marathon. 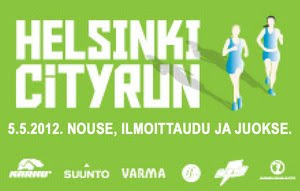 If she’s behind schedule I’ll just have to take someone else and she'll have to run Lichfield as a punishment.

The dogs get a good walk, three miles or so to Beeston, where we have a couple in the Crown before walking back. Thankfully the weather is springlike so that we can sit outside and we have to, the pub is full. It seems everyone has the urge to get out and into the local on Christmas Day these days.

Christmas dinner is garlic mushrooms followed by Halibut in a blue cheese sauce. We are so diverse. £25 a lb diverse, so we probably won’t be having it often. We do have Christmas pudding, some things have to be done and we do have rather a lot of them, we’ll still be munching Christmas pudding well into next year.

Another traditional is Christmas TV, which gets worse every year or is it just me but it’s difficult to avoid as nothing is open and you’re usually welded to the settee by the weight of too much Christmas pud. We torture ourselves mainly with reruns of Top Of The Pops from 1976 before going through the PVR to see what there is we’ve taped over the last year and not watched.