There Is No Such Thing As Bad Weather

The weather forecast says don’t bike, so I don’t. Initially I regret it as I walk to the bus. That is until I slip on a spot of ice. So perhaps a correct call after all and perhaps for once the forecast was right.

"There is no such thing as bad weather, only inappropriate clothing" so said Sir Rannulph Fiennes as he set off to Tesco on foot or somewhere.

I’m not sure if he pinched that quote but he’s wrong anyway. There are also the wrong tyres and perhaps the wrong mode of transport completely. Although there are plenty of bikes about, despite the ice. Mad people. I bet they’ll be someone wearing shorts somewhere.

There are also the wrong dogs or perhaps the wrong footwear. L is considering crampons after her slither with the dogs this morning.

It looks nice and snowy up in Scotland. 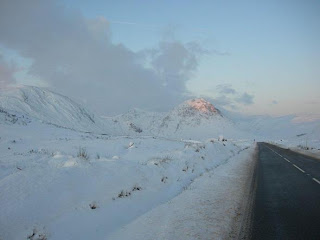 In fact they’ve probably got more than the Alps at the moment. 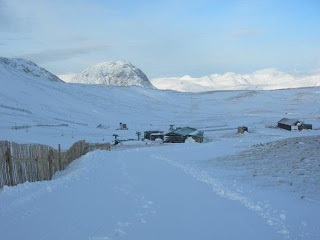