L works from home to keep the boys company, and then we meet up straight from work at Nottingham University for the Jägermeister 10k. Well I try to. As I leave Derby on the bus, the driver backs into another bus from a rival company before we’re even out of the bus station. This could delay me, they’re exchanging insurance details... you wouldn’t think they’d be any need as both companies have offices at the bus station.

The bus has only received a slight flesh wound, yet we are asked to jump ship to another one anyway. At least we’re on our way now... or rather, we’re not.

We’re going back to pick up more passengers. FFS. We only have around 10 free seats and there are at least 30 waiting... so that was a fruitless exercise, as the driver tells the unsuccessful customers they’ll be another one along in a few minutes. Which is a bit of a not-so-white lie, more like half an hour.

We’re off again, if we can get out of the bus station without hitting anything else.

Finally I make it to the University, get changed and make it to the start, after queuing for the one toilet, with about five minutes to spare. Whether it's worth the rush, I don't know. I’m trying to give up 10ks but for some reason I’ve made an exception for this one. I need a run, any sort of run, even a painful one like this.

At least by the time I turn up they’ve turned the radio off which had apparently been blaring out the Team Pursuit. So thankfully I can still watch that later in ignorance of the inevitable but, hopefully still thrilling, result.

This is my fifth Jägermeister in six years and after peaking with 40:42 in 2008, I’ve declined ever since. It’s a testing course that seems get more testing with each passing year. This year’s 44:56 is 50 seconds down on last year even. Oh dear. They do say 'the older it makes you feel, the younger it makes you look'. I have my doubts and they certainly won’t be painting any post boxes in my honour. 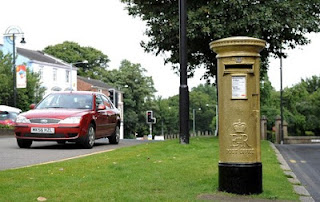 We pop into the Social Club for the usual post-race function but don’t stay. The evening calls for something stronger, so we head to the Peacock for the Old Peculiar and then to the Noor for a late night curry.

The Men’s Pursuit Team oblige of course, as does a mightily impressive Victoria Pendleton in the Keirin, as well as rowers Katherine Grainger and Anna Watkins. So we’re up to fourth in the medals table. 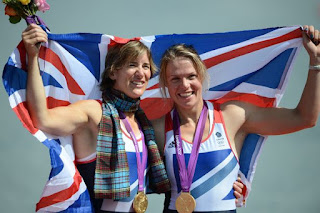