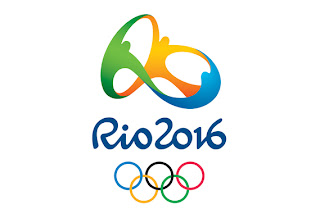 It all went very well though, didn't it, apart from the Korean flags thing. The best two weeks this country has seen for many years, which caught the imagination of practically everybody. Even people who I thought were sport-phobic fell in love with the Games. London did itself, and the country, proud. It’s such a shame it’s all over. Even though, for me at least, the closing ceremony was best forgotten.

With no Olympic commentary on Radio 5 to brighten up the work day I go to Sainsbury’s to buy a shower curtain. Oh the excitement of it. It’s the second one this month. The first one was ‘hookless’ which sounds great in principal but in reality you might as well nail it to the shower rail as without hooks it won’t slide. So in the bin it goes and welcome back hooks.

The boys have missed us and despite Son’s occasional ball kicking skills are rampant. After work I take them on the park and knock a few edges off them both.