I take L up to Sheffield today for the erroneously named Sheffield Ten-Ten-Ten at Endcliffe Park. 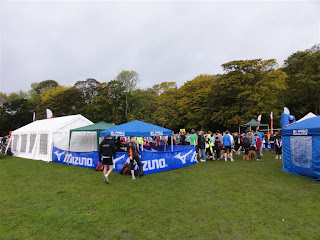 I’ve decided to give this one a miss. I need a break but also looking at the photos of last year’s race put me off. Is that grass they’re running on? It rather looks like it and muddy grass at that. It’s also two laps. On closer inspection it looks remarkably like two laps of Wollaton Park... and I've done that often enough. 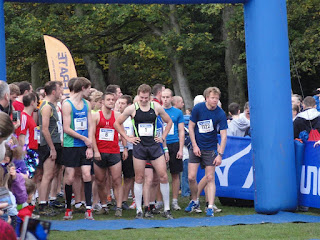 I decide to help the boys with their supporting. When I see the bacon sarnie stall it looks even more like the right decision. I’m not at all jealous of L on this one, it looks a very slow course, but the t-shirts are nice. 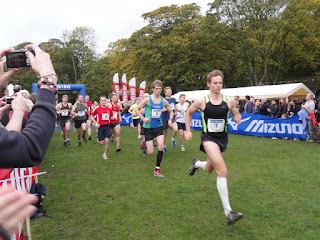 After which we meet up with Daughter and her flat mates, who are an interesting bunch. The boys seem please to see her, although MD mopes again afterwards when she doesn’t return home with us but he gets over it much more quickly this time.

To help ease his pain we walk them over to Beeston for a pint or there, shepherding Doggo successfully (mostly) past the odd firework display as we go.