A very nice morning for a bike ride. L says it was freezing, I call it pleasantly chilly. The knee survived it and aches less than when I cycled last week. 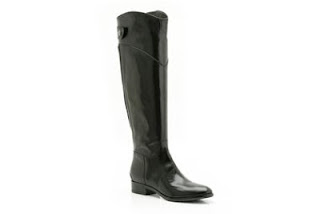 Well yes, obviously. Silly question. They’re knee length leather boots. The price is a bit scary though. Although, as L points out, about the same price as the two head torches I’ve just bought for an upcoming night race. True but she’d look daft with a head torch on each foot.

The new giant cycle lane in Hertfordshire is hilarious and ridiculous. 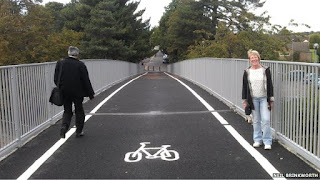 How did the council think people would react? Stupid council.

I cycle to the pool and do a swim. It was ok, packed though which meant I got in one of the ‘beginners’ lanes and could take it nice and easy.

I get home and do a quick training session in garden with MD, in the dark. Unfortunately we’re now into that time of the year but, at least, if ever we’re tasked with competing in dark, we have it sorted.