Bring On The Cold Shower

Rather than an alarm clock L suggests a Flashdance type cold shower would be more effective in getting her up in the mornings, out with the boys and to the gym.... 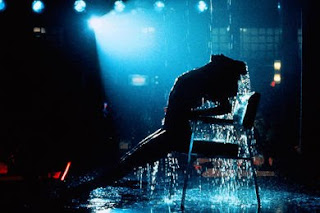 Hmmm. I quite like the sound of that. It was pretty sexy in the film. Tomorrow perhaps something can be arranged?

It is in fact another of those days when you wish you’d stayed in bed. Blimey it was icy. I thought of L doing the dog walking as I slithered to the bus. Though some brace soul at our place cycled into work.

The council send a Pest Control officer to look at our mice problem and look is all he does. He informs us that modern poisons don’t work unless taken repeatedly. Bizarre. Is this a health and safety thing in case you inadvertently feed them to a small child for lunch? But he advises against poison anyway because, should it work, then dead mice would need to be retrieved from their final resting places, wherever that may be, before they start to decompose... He also informs us that they do not supply traps either... so what does he do for £50 an hour? No idea. He drives off in his van and our MD follows him out of the car park on his way to Wilco to buy some mouse traps.

Governments are always on about citizens doing their bit to stop the spread of crime and then they turn around and prosecute someone for doing just that...

Michael Thompson, 64, from Grimsby has been fined £175 and ordered to pay £250 costs after being found guilty of 'wilfully obstructing a police officer in the course of her duties'. What he was doing was flashing his headlights at the oncoming traffic to warn them of a speed trap up ahead. Therefore he not only prevented a crime possibly being committed, although there was no evidence that those drivers were speeding anyway, but also by causing drivers to slow down possibly prevented accidents occurring.

They tell us speed cameras are a deterrent, to slow people down and to prevent accidents... Isn't this exactly what Mr Thompson helped them achieve?

Unless of course it's all about the money.

I’m still coughing nicely but I’m up for a game of squash tonight. In such circumstances, my opponent would of course have cancelled but then he daren’t lose. I have no such hangs up and I need the activity. A nice gentle game of squash is exactly what I need.

I survive and even win a game, using the tactics I picked up listening to Ian McEwan's book ‘Saturday’ in which he takes half an hour to describe a squash match in great detail. 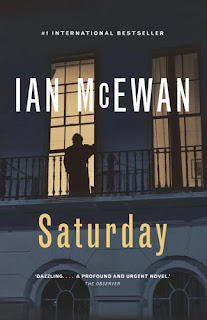 I knew this frustrating book would come in useful in some way.