Both Nottingham and Derby councils seem to have gone mad with the gritters last night. Apparently a dusting of snow was forecast last night, although I’m not sure by whom. I didn’t see any snow on the forecast; I’d have got all excited if I had. If it snows now we’re stuffed as they’ll be out of grit. 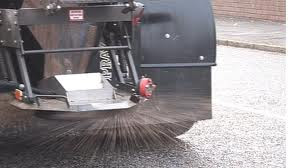 We really struggled to get a squash court for tonight. There appears to have been a sudden upsurge in playing, which will annoy the council, who I'm sure are trying to phase it out. My opponent's theory is that perhaps everybody is trying to lose weight like him.

So we end up playing at 6.15, which means I have to be radical and use the car to get to work.

As I said opponent is on a diet and bemoans that one unfortunate side effect of reducing his calorie intake is that he now have the drinking capacity of a 12 year old girl. I can’t say much, having had the fainting threshold of a 12 year old girl whilst watching 127 Hours the other night.

Anyway he shouldn’t dismiss lightly the drinking capacity of 12 year old girls. Some pre-teens are very experienced drinkers these days, so he shouldn't consider entering into a drinking contest with one, not in his current state.

I play better tonight and lose a close match 3-1. Then a quick, early, one in the pub. Him on diet coke of course.