Such A Nice Bunch Of People

L takes the boys for a run this morning, individually. Starting with the alpha dog, that's supposed to be Doggo.

MD copes with being dumped and is actually quite calm or so I think. A few whimpers at first but then he just lay down at my side, admittedly looking a bit worried. Daughter disagrees. She thought he looked psychologically scarred and that L was evil for leaving him, and Daughter is not known to exaggerate... 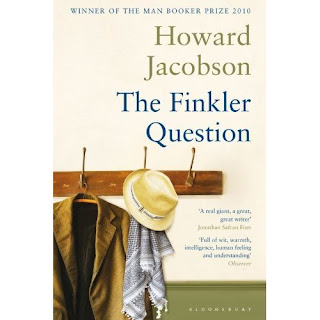 I think it’s safe to say that L has not enjoyed it one bit and nor, by proxy, have I. I advise her to google some blogs and find out what other people think. Bloggers are such a nice bunch of people.

Other that the newspapers I think she struggles to find anyone else who liked it. Quite a few folk even gave up half way through. Such is the world of the Booker Prize. Don’t think I’ll bother reading it.

The council ring to ask if I’m coming to my coaching course tonight for this evening’s compulsory first aid session...

It’s actually the first part of the first aid section, part two is next Tuesday. It’s all very interesting and probably useful. It’s the first time I’ve administered Cardiopulmonary resuscitation (CPR). You know where you compress the chest with your hands in an attempt to return life to a person in cardiac arrest. We are advised to go for it and not worry about breaking a rib or two... We do this on a dummy and also administer mouth to mouth, again to the dummy.