This morning we head off to Son’s term time abode, Warwick Uni. Which is hosted the only race today within a fifty mile radius, the Warwick New Year Five miler. Unfortunately we can’t combine this with a visit to see Son as he’s at home and still in bed when we leave.

We haven’t pre-entered, seems no point these days with everything being cancelled, and we enter on the day. We don’t really want another rescheduled run to fit in.

The race is organised by Coventry Godiva Harriers. Lady Godiva, of course, was that lass who rode naked on horseback through the streets of Coventry to persuade her husband, the Earl of Mercia, to abolish several onerous taxes that he had imposed on the population. It was a successful stunt that, to my knowledge, has not been tried since.

The running club doesn’t seem to embrace the spirit of Lady Godiva, kit wise, but then it is a touch on the cold side this morning. It’s a flat course but I find it very hard going. This time of year is when some people set New Year’s resolutions. Well if I had one called ‘be quicker over five miles’ it’s already in tatters, oh well. I’m slow and well down the field, which is a good quality field but even so I’m around two minutes behind where I should be. 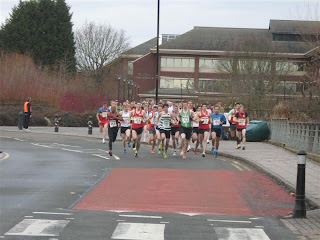 Still it’s good to be back running on bare, naked tarmac rather than staring at a wall on a machine. Although it would be a shame if we didn’t get any more of the white stuff. I’m sure we will.

Tonight’s film is ‘The Way Back’, the story of a group of men who were imprisoned in one of Stalin’s Siberian gulags but escape and walk to safety. That’s just a mere four thousand miles over a couple of mountain ranges and across a desert.

It is based on the international bestseller, ‘The Long Walk’, which is in effect the memoirs of Slavomit Racuwicz, a Polish army officer, who himself was a prisoner in the gulag. Although since his death it has come to light that, and I’m trying not to say that he made it up but, it appears he didn’t make that journey himself and apparently based it on stories he had heard. However director Peter Weir claims to have done his research, so presumably he thinks such a journey would be possible. I’m not so sure but it makes for a captivating couple of hours cinema.

The film starts by introducing us to some of the characters inside the prison and the harsh reality of life there. The inmates are warned that the gulag itself is only part of their prison and should they feel the need to escape, nature will take its toll upon them. This prospect doesn't however put them off plotting an escape.

Key among the escapees is Janusz (Jim Sturgess), a pole who has been imprisoned for allegedly being a spy. The evidence paraded before him was his weeping wife, Janusz is convinced must have been tortured, who betrays him to his face.

The escape itself bursts out of almost nothing and the men break out into a blizzard. Among the motley band of escapees are the knife wielding psycho Valka (Colin Farrell) and a grizzled American who wishes to be referred to only as Mr Smith (Ed Harris). 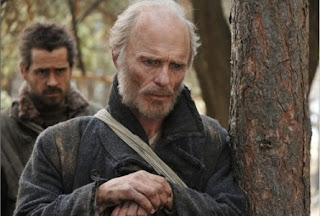 The men head out across the hostile terrain, scavenging for food and water, towards Mongolia, only to discover when they get there that it too is under Soviet rule and they have to rethink their final destination. 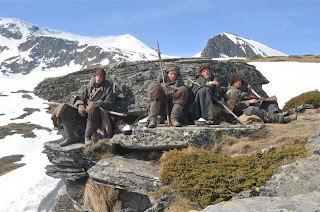 Directorial licence also adds some female interest to an otherwise all male story. Not sure why Weir felt it needed it but I suppose Saoirse Ronan does break up the bickering between the escapees who have to make their uneasy alliance work just to survive. 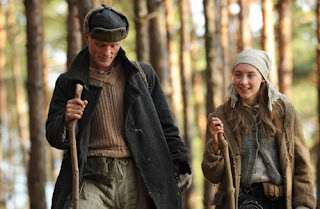 A few do fall by the wayside and the ones that don’t endure a perilous journey to freedom, which continues out of Mongolia across the seemingly endless Gobi Desert where they struggle against the blazing heat and sand storms as well as a distinct lack of food and water.

They finally reach Tibet where they are faced with crossing the Himalayas in order to reach English run India. A final trek that is rushed compared with the rest of the film. 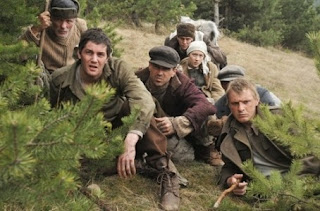 It’s a long film but thoroughly engrossing, one that has you captivated the entire time. A story of human endurance and the stark struggle for freedom. Though it’s a bit repetitive at times. You know: - mountain, desert, mountain, desert, etc but it’s all beautifully filmed and does drive home the vastness of their task but also the implausibility of it.

Then once he’s achieved his aim Janusz has to wait almost half a century for the fall of communism so that he can be reunited with his wife. Life’s a bitch.