Much better today. 105%. Which is much better than Doggo, whom L had a hell of a job getting off the settee, where he was all curled up with his head on her knitting. The old codger. It was a one hour training session! He’s such a waster. Even more so now he’s an old waster.

I take the bus, with my audiobook of course. I’ve now finished Logan McRae book one. The WPC that Logan had got his eye on ends up in a bit of a beaten up mess at the end. Oh dear. So on to book two ‘Dying Light’. 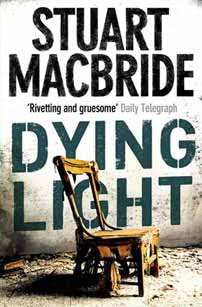 Start of book two... Logan wakes up in bed with the WPC’s plaster casted arm across his bare chest... bless. All’s well that end well then, until the phone rings and he’s off chasing an arsonist who likes to make sure there’s plenty of people inside whatever he burns down. Then there are the beaten up prostitutes, murdered junkies, dismembered Labradors... its uplifting stuff, as well as interesting to run to.

Which is what I intend to do tonight because my opponent has cancelled squash, says he’s done his back in making wine... or more probably drinking it.

Just as I’m geeing myself up for another post-work run, the sky turns to an ominous shade of black. My run is suddenly looking less interesting. L reminds me how smug I'll feel afterwards. Yep, smug and wet.

The weather doesn’t turn out too evil in the end and I set off. Two miles in, it’s not going well. Not feeling quite 105% now. I don’t think carrying my pub lunch around with me was a good idea. I do a bit of walking but the steak and kidney pie, chips, peas plus a pint and a half of bitter aren’t sitting too well... Perhaps with hindsight, not the best pre-run meal but it is National Pie Week (7th-13th March).

I’m celebrating the occasion in style with not one but two pies on the same day because L is doing chicken and mushroom for tea. That is after I've dragged my first pie around a total of nine miles.