L takes back the task of walking the boys this morning. I hope it goes well or else I may be back on duty tomorrow.

I have now finished the third of my Aberdonian thrillers and go straight onto book four 'Flesh House'. Which already is the most gruesome of the quartet. 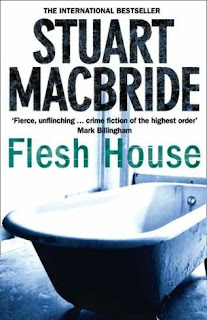 Yet more plans (the 100th rewrite, probably) are afoot to revamp Nottingham’s Broadmarsh shopping centre, it certainly needs it. When I first came to Nottingham it was the main shopping centre but that honour has long passed to the Victoria Centre, not that that’s much good.

I don't often go in shopping centres anyway, they tend to specialise in grouping together all the shops that I don’t go in, so at least they serve a purpose in that it makes it easier for me to find what I want by just going round the shops that are left outside the enclave. The new Eagle, sorry Westfield, Centre in Derby sucked half the town into itself when that opened and the life outside the centre is only just starting to recover but now thankfully you no longer have to go inside the centre for anything any more. 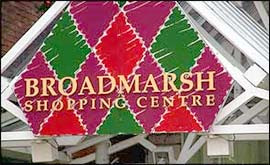 The news plans propose to triple the size of Broadmarsh, which is really the last thing Nottingham needs, as we already have dozens and dozens of empty shop units, many brand new. However on closer inspection these plans are not too bad. They don't propose a totally covered in centre but actually suggest creating new streets, which will be open to the air! How radical. It will also shift the town back towards the currently isolated train station. I actually quite like the plans. If they included an option to bulldoze the Victoria Centre so that we didn’t have too many shops, and preferably grassed it over, it would be perfect.

I do a final training run for the Derby 10k tonight. I attempt two ‘fast’ 5k runs with a break in between. The first I do in 22 minutes, the second in 24 minutes. Not quick. Not when you’re hoping to do the full 10k in less than 40 minutes. I’m clinging onto the hope that the distances I measured weren’t correct. I don’t trust the GPS on my iphone to be accurate. Hey, if they can’t get the alarm to go off at the right time, surely a GPS is going to be beyond them.

I think L’s attempts to avoid alcohol during race week are getting a bit extreme. Tonight she’s serving shots of Rochester Dark Ginger. The bottle has been loitering, sorry maturing, on the shelf for some time. It’s supposed to ‘make your whole body glow with health’. Well it certainly makes your throat glow, just like a shot of whisky does, only without the subsequent alcoholic flush. Though it does seem to have mellowed a bit with age. Not bad actually.