A Tale Of Two Duffle Coats

A lie-in, then dog football on the park, followed by more cycling on the TV. Which has now switched to BBC1 and is mainly recorded highlights dating back to Wednesday with the odd (if you’re lucky) spot of very selective live action. It’s poor coverage. Wednesday to Friday on the red button had been superb, uninterrupted live coverage. It was just like being there. By all means do a highlights package on BBC1 but run the live stream as well.

Then in the evening, we’re at Broadway, for ‘Submarine’ which has been getting some approving write-ups, although it could just be another ‘coming of age’ story and it is Ben Stiller's production company... still we give it ago.

Fifteen year old Oliver Tate (Craig Roberts), with his Paddington Bear duffle coat, is probably the sort of kid you tried to avoid at school. He’s a bit of a loner and consequentially, a magnet for bulling. He’s also a bit of a fantasist and the film opens with him imagining the national outpouring of grief should he die. Well in Wales anyway, which is where this story is set. Still, it’s unlikely.

The story is narrated by Oliver himself and he talks us through what is a well observed insight into the ‘hell’ of teenage life in a time before computers, mobile phones and social networking. To everyone’s surprise and particularly his own, a female classmate takes an interest in him. Jordana Bevan (Yasmin Paige) is (slightly) more worldly wise than Oliver but equally as quirky, only in different ways, and comes with her own duffle coat. 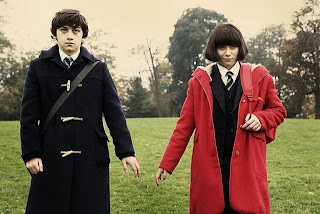 They start an unlikely romance, although she bans any form of affection, at least in public. Her idea of romance is to set fire to his leg hairs, which Oliver is fine with but desperate to lose his virginity, he would happily put up with worse. In fact, Jordana is pretty much a complete mystery to Oliver, your typical opaque teenage girl. However, things go better than you would expect and they form a relationship built on a shared love of setting fire to things and bullying, although the bullying part is totally against Oliver’s principles but he knows he has to compromise, if he’s to get his end away.

His chance comes when he gets the house to himself one night and woos her with a prawn cocktail and a terrible seduction scene that sees her running for the door. However Jordana returns when she reads the note he gave her thanking her for taking his virginity... even though she didn’t, but he still gave her the note. She takes him back upstairs to do the honours.

Oliver tries to lift their relationship above mere arson and other minor misdemeanours by taking her to see ‘The Passion Of Joan Of Arc’, a silent film from 1928, and offering her King Lear, JD Salinger and Nietzsche to read, but she still prefers the arson and of course setting fire to his leg hairs. Well there’s always the sex. She does though gradually lower her guard, invites him into her life and even takes him home to meet her family.

Alongside this ‘romance’ is the story of Oliver’s parents, Jill (Sally Hawkins) and Lloyd (Noah Taylor) and their marriage, which is on the rocks. Oliver knows this because his parents haven’t left the dimmer switch in their bedroom on low for months, meaning they haven’t been getting up to what he has. 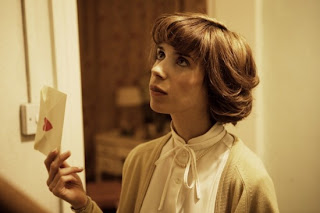 Despite this, his father, a depressive man who is the Open University professor personified (lifted straight off a 1970's TV screen), yes that once was his job, offers relationship advice to Oliver. Well, he did once rip off his vest in a fit of passion. He also presents Oliver with a mix tape of music to soundtrack his relationships. Complete with upbeat songs for the good times and depressive ones for the inevitable break-up. 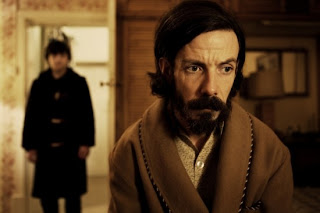 The main reason for his parent’s rocky spell is Graham (Paddy Considine), an ex-boyfriend of his mothers’, and now a flamboyant new age ‘I am a prism’ mystic ‘ninja’, who has now moved in next door. A man who deserves everything he gets. 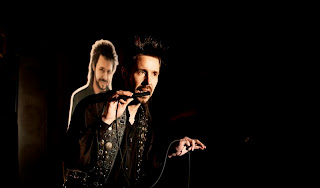 Oliver tries to help save his parents' marriage but ends up doing anything but. From his teenage point of view I guess all his actions made sense, whereas from our point of view they didn’t, which I imagine is the point. The film kind of mocks adolescence and gets its laughs by exposing the difference between Oliver’s interpretation of events and reality.

The film is amusing but to say it’s a comedy, as has been advertised, would do it a huge disservice, it’s more than that. In fact I enjoyed the drama more than the humour. Although the audience tonight frequently got the two mixed up. Like at Jordana's house, in a moment that was supposed to be poignant. Jordana's mum has a brain tumour and when the whole family started to fall apart in Oliver’s presence, Oliver didn’t know where to put himself. It was affecting and painful but not funny.

Oliver is a brilliant caricature of a deeply serious teenager, who is as equally endearing as he is appalling. Horrifically he plans to assassinate Jordana's dog to teach her about grief but thankfully it doesn’t happen. The dog gets run over by a train before he gets chance. Yet, he still gets his chance to be a bastard to her. When she requests his presence at the hospital for emotional support when her mum has a life saving operation, he stands her up. At a time when she needed him most and for what we see as no good reason. 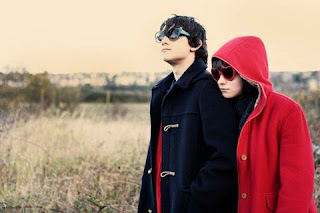 She dumps him and he flips his father’s mix tape over to listen to the break up side from which pours Alex Turner’s solo début. Which is perhaps a bit too modern for a professor straight out of the 1970’s but we’ll let that pass.

An excellent film, about the horrors of growing up and some, perhaps a bit Adrian Mole-esque at times but hugely enjoyable.