I run into work, it was tolerable. Well, I didn’t have to walk any of it, so perhaps things aren’t as bad as I thought.

MD is a pain for L. Sometimes I think she takes out a different dog to the one I walk but then she does seem to have appalling luck. I mean, I haven’t seen any deer on the park for months, I thought they’d got rid of them all. Yet she runs into a lynch mob of deer and they aren’t even on the park. They were simply walking along the road parallel to it. MD, quite understandably, can’t abide the deer goading him through the fence.

There’s a Cricket World Cup going on you know, and going on and on, in the longest drawn out format you could possibly imagine, doubled. 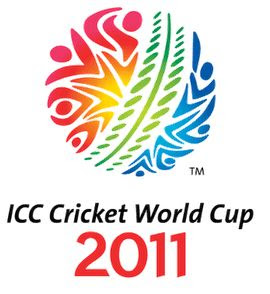 Still it is a useful distraction at work. England have been in all the highlights so far. A thrilling dead head with hosts India and of course the now legendary loss to the mighty Ireland. Today I catch a bit of Canada on the radio. Their first eleven consists of, and I think I’ve got this right, six chaps who were born in India, one from the West Indies, one from Sri Lanka, one from Pakistan, one for Uganda and oh a chap from Toronto called Zubin Eruch Surkari... All very suspicious. They do have a genuine Canadian in their squad called surprisingly John Davison but he wasn’t picked...

15 years today. That’s how long L and I have been together. If she’d murdered me on our first date she’d be up for parole now. Unfortunately she’s still not 100% on our anniversary.

She asks ‘Would you divorce me if I bought a Glee album?’ Probably. She’d have to hide it at the bottom of drawer somewhere and covertly play it when I’m out. Then again I suppose we already have Mika CD’s in the house. I knew it was a slippery slope.

I celebrate our anniversary in style on the squash court, in one of the most entertaining games I’ve ever played in. My partner implodes in the first game after amassing a healthy lead of half a dozen points or so and only needing a couple more to take the game. I reckon some good play from me contributes to it but he assures me it was just luck.

Then almost the same thing happens again in the second game. 2-0. Well I never. I’m really on form tonight or rather, I’m told, being very very lucky. I lose the third game, unluckily I would say but my opponent say not. Then half way through the fourth game, time is called. What a shame, no chance for him to level it. Unlucky that.