It’s dropped cold again, -3C this morning. So I decline to cycle or run but I do take my running kit with the intention of running some of the way home.

Talking of cold. Did you see this?

Apparently the average temperature of British houses is 17.5C. Which is basically what ours is, 17-18C. So I’m vindicated, despite the protest movement at home. The chief scientific adviser at the Department of Energy and Climate Change goes further; his normal thermostat setting at home is 13C! Wow. I’m in awe of the guy. I wonder how he squares that with his wife and daughter? He’s obviously a 1970’s sort of guy, back then apparently the average house temperature was a mere 12C. I always said that was a good decade. 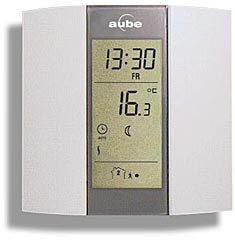 The chief curator of the Royal Historic Palaces, whoever she is, says of her grandmother, ‘she wouldn't sleep in a heated bedroom, and would always have a window open’. Wow. Another hero. Too right granny, I always used to sleep with a window open too.

It’s a sweltering 6C by the time I leave work and I set off on a run. I’m feeling much better than I have been, 90-something-%. L isn’t impressed with that statistic but I thought I’d under promise and over deliver, as they say, on the percentage front.

I end up running nearly 9 miles which is further than I intended but it wasn’t my fault, the buses all seemed to be running late. Although they’ve taken all the live times down off the bus stops which doesn’t help, but I wasn’t stopping until I saw one.

Derby are playing again tonight and in the first half Middlesbrough seem to do all they can to make us look good, which is no mean feat, and even give us a penalty, which we actually score. Doesn’t last though, we still lose 2-1 to an own goal and a heavily deflected shot. Some simple maths. Not playing well + not getting any luck = doomed.

Meanwhile I’m out for a pizza with a friend and later in the pub where, OMG, Snecklifter. Just the thing if you’re not-quite-100%.

L’s at her book club tonight and, you have to laugh, her new book to read is by my ex-favourite author Ian McEwan. His ‘comedy’ Solar.

Question is, do I read it in sympathy with her?