Wow. I have secured Olympics tickets. A bit late you say? Ah but not if you’re talking next year’s Winter Olympics in Sochi, Russia . 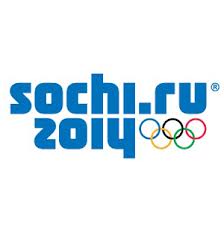 I entered the ticket ballot and unlike London 2012 where I originally got zilch, I was offered tickets for two Bobsleigh sessions and three Skeleton sessions.

I part with the cash, although they are quite a bit cheaper than those for London. So Sochi here we come, if we can get a hotel and a flight. Most of which, don’t seem to be built yet.

I suppose we’ll get there somehow, even if we have to go there via somewhere boring like St Petersburg or Moscow. I wonder if we can camp... It’s not that cold in Russia in February is it?

I buy tickets for the two Bobsleigh sessions covering all four runs of the two-man bob and one of the Skeleton sessions covering men’s qualifying and the finals of the women’s event. It’ll all be a bit zoomy and fast but L will love that.

Of course GB’s Amy Williams is the reigning Olympic Skeleton champion. She's since retired but Shelley Rudman, who got silver back in 2006, is the current World Cup champion and now World Champion after winning gold a few weeks ago in St Moritz.

Tickets go on general sale on Monday, so I’ll see if I can get any others then.

In what is a busy day, the Kendal house purchase also goes through. I arrange for a letting agent to collect the keys, so we don’t need to hot foot it up there just yet but will need to drop in and see him at some point.

Squash ends in a close 2-3 defeat and a heated debate about ‘lets’. I was pleased with my game. I always target games 1 and 4. Game 1 before he’s warmed up and Game 4 when he’s knackered but I don’t usually get them both though. Result.

L walks the dogs from the leisure centre to her work, from where I collect them all along with a load of old computer gear that if we don’t want will go to the tip.

Basically it amounts to a couple of dead printers, a third one that works and a pre-historic computer which turns out to be a Tandon which is the first PC I ever had at work. Oh the memories.