Sort Of The Truth, Sort Of, Perhaps


Another very dull football match today. Derby County are well safe from relegation yet still do not try to win this eminently winnable game and instead play out a rather dull draw. Which I imagine is exactly what Wolves came for.

Having returned back from Derby, L and I drive back over there and to Quad for tonight’s film.

‘Zero Dark Thirty’, half past midnight, is the codename for the US Navy SEAL raid that took out Osama bin Laden in May 2011. The film, directed by Kathryn Bigelow and written/produced by Mark Boal, concerns itself with the CIA’s decade long search for him and more specifically the obsession of one woman to get her man.

It is a fictionalized account that is apparently as 'accurate' as they could be and is partly based on what was in the book ‘No Easy Day’ by Mark Owen, who participated in the operation. It is told very much from the US perspective and that has left the film open to accusation of propaganda. I have no idea how realistic it all is but I’m open to anyone’s account. It is also not your typically polished Hollywood production, thankfully, and is more of a documentary drama.

The woman with the obsession is Maya (Jessica Chastain). We never find out much about Maya other than that she was recruited right out of high school, so clearly she wasn’t your typical teenager. She maintains her focus on bin Laden throughout despite the numerous attempts by her, usually male, superiors to dismiss her theories. 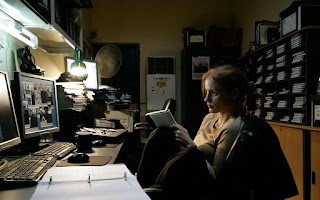 The film opens in audio only from the 11th September 2001 with recordings of the emergency telephone calls from people trapped in the Twin Towers. It is occasionally difficult to watch. There are a few torture scenes at the beginning, which although they aren’t too graphic are still quite disturbing. If it is disturbing to the viewer, it is also disturbing to Maya, at least at first. When we first meet her in 2003 at a 'black site' (e.g. secret site) she is observing another CIA officer called Dan (Jason Clarke) interrogate a detainee using waterboarding and other forms of torture. Maya looks distinctively uncomfortable throughout but she soon gets the hang of things. 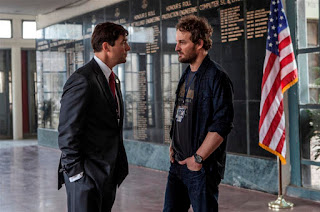 Then via other terrorist atrocities such as the London bombings we gradually home in on bin Laden, zigzag style and perhaps more by chance than anything. As for anyone who is levelling claims of propaganda, I’m not sure if they mean this in a positive or a negative way because although they eventually kill bin Laden, at times it’s more of a film about their failure to find him. What were they messing around at?

Even then, some of their successes seem improbable, like when a terrorist finally spills the beans over lunch. Almost as improbable are their failures, the relaxation of security so that they won’t spook an informer ends in the entirely predictable explosion of a military base and several deaths. Not very bright. 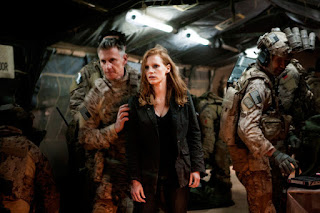 Much of the film takes place in meetings full of middle management and at times it can be confusing as to the approach they’re taking or not taking. In the end the entire operation hinges on catching a courier who they seem to find only because somebody discovers something they overlooked years earlier. It doesn’t actually make the CIA look very good at all but they got there in the end. 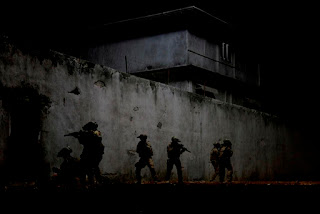 Still, I was riveted by it all and I’m a total sceptic. Personally I wouldn't be surprised if ten years down the line they say well actually guys it wasn't actually bin Laden we killed... So if this is just sort of the truth, sort of as it is now, then that's fine. Good film.