Kept In For Observation

The weather looks well dodgy but, despite my better judgement, I risk my best bike. As for my not-so-best one, the bike shop tells me they’re keeping it in for observation over the weekend.

L’s at the pool, on her own. Well, her and three lifeguards. It was busy then. It’s amazing that they open for that in the mornings, then in the evenings they close up when it’s busy.

During the afternoon, the weather alternates between bright sunshine and heavy downpours. Doggo's probably having a good old dig trying to hide from the storm. I’ll be leaving him in the shed tomorrow if he is. As I don’t intend getting my bike wet if I can help it, I might be working late tonight...

By 5pm it’s fine but windy and still very overcast. Somehow I dodge the showers.

For the last three miles or so another cyclist slipstreams me. I hate that. Then finally he comes past me on Adams Hill and I manage to tag on to him, then his chain comes off. I smile politely as I pass him.

Squash and a terrible performance. In fact, I reckon I’ve not played that badly in years. I missed everything, apart from the ones I hit, and those would have been better if I’d missed them. Then as I finally hit a decent shot into the back corner, the next couple of players hammer on the door to signal that it’s time up.

Afterwards I seriously considered retirement. My opponent consoles me and reassures me that I’ve played worse. He even offers to send me the spreadsheet to prove it. Thanks but no thanks; that really won’t help.

I consider switching sports... I could perhaps take up kickboxing, having just caught sight of the blonde be-ponytailed babe of an instructor. Perhaps not, I’d just get hammered at that as well.

We head to the pub where, just to make things worse, every beer on the bar has the word ‘pale’ in its title. Not good but I’ll probably drop my pint anyway.

L tells me to come home and seek comfort in her box of Maltesers, because if it was her, she would. 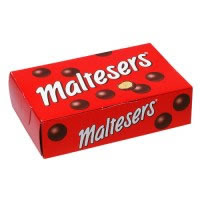 Hmmm, I need to talk her out of those, for her own safety of course, gently, perhaps with a crowbar or, after a quick tactical rethink, I offer to swap them for a Leffe. Ok, two Leffes. Deal.